Editorial | Did Somebody Say ‘Oil,’ ‘Petro-Dictator,’ ‘America’s Addiction to Oil?’ 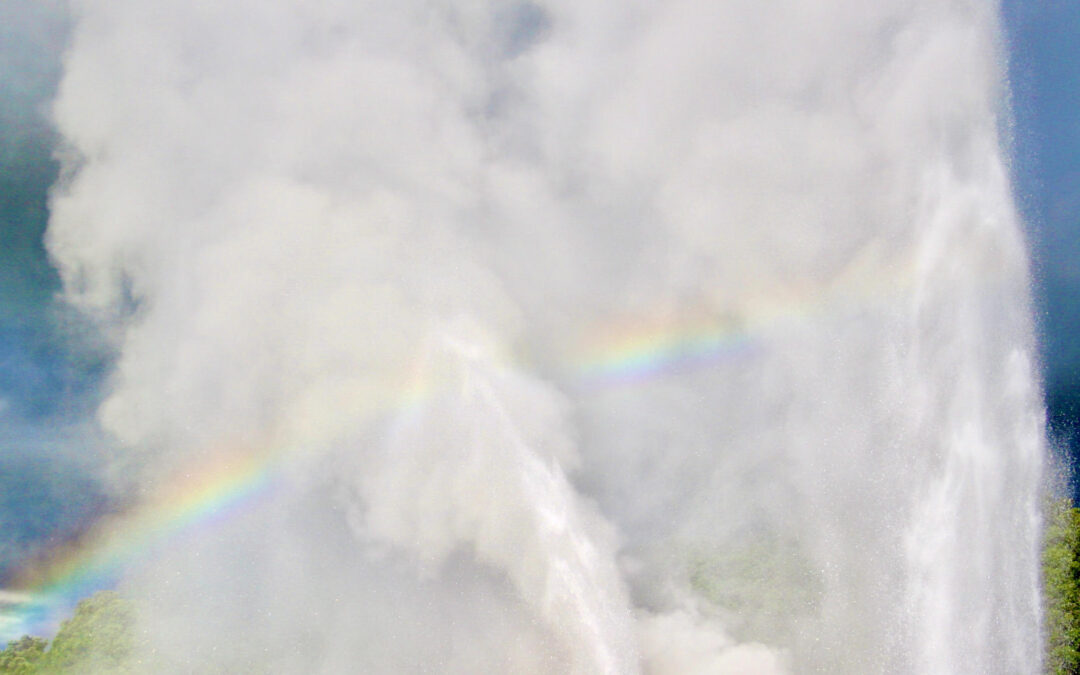 The World is Full of Hope with Many Possibilities.” Photo taken by Abraham A. van Kempen in New Zealand.”

Yes! A resounding YES from none other than one of my all-time favorite New York Times Columnist, Thomas L. Friedman. Tom uttered ‘oil’ and ‘petro-dictator’ in his column of 29 March 2022, ‘How to Defeat Putin and Save the Planet.’ I’ve devoured all of Tom’s books. His column lands daily in my inbox before most people see it in print. I admire his work, his style, and his geopolitical focus. NY Times Columnist David Brooks – I don’t want him to feel left out – is also required reading here around the house. They’re my heroes.
Just about all of us in The Netherlands, if not all Europeans, including the Europeans in Russia, agree with Mr. Friedman that we should fuel the world’s power plants with clean energy. No argument! Cars should be electric. Let’s go for that! Reduce the speed limit to 60 miles per hour. Tom, can you live with 75 miles per hour? Otherwise, the Germans who race their cars from one stoplight to the next at 120 miles per hour won’t agree. Their manhood depends on it.

But how can a thrust toward saving the planet save us from all the petro-dictators? I know a few. They own and operate oil and gas companies and banks. Many of them also own shares in the industrial-military Complex (destruction) and mega construction firms that rebuild cities, even countries. This group, most of them members of the Economic Forum Davos, also owns the controlling interest in the information industry, including the most extensive and loudest media outlets that shape world opinion.

Let’s talk about what’s happening in Ukraine. In your article, you insist on mixing apples with oranges.

None of my neighbors wants a war between the Russian Federation and NATO. I’m confident that 97 percent of all Europeans agree. I cannot imagine that any Ukrainian has voted to become cannon fodder and human shields inside a country that could peacefully and profitably serve as a buffer zone between Russia and the European Union.

Why haven’t the EU leaders agreed with Putin to position Ukraine as a buffer nation between East and West?

I doubt Putin wants to expand his turf. The Russian Federation is the biggest country on earth that, stretches 6000 miles with 11 time zones. Putin wants to sell his oil and gas for a fair price in Rubles. The Bozos (clowns) in Brussels and their stooges in Washington DC fantasizing themselves and playacting as world leaders differ from Putin.

The Free World, also known as the World Community (= the EU and the US or NATO), can’t and won’t let go of domination. Irrespective, the world moves on. For example, in 2020, trade between China and the United Arab (UAE) Emirates has exceeded $60 billion. The Chinese now own 25 percent of the UAE oil production. China is also discussing paying for their oil in Chinese currency with the UAE. Russia has made the overture that Europe must pay in Rubles. Tom, you might recall that Qadhafi tried to eliminate the petrodollar and was brutally executed by a military attaché from France who purportedly was advising the opposition.

You contend that “It is impossible to predict how the war in Ukraine will end.” Here’s my 2 cents worth:

Russia will show its ‘real’ teeth, growl even louder, and deploy all its got if driven, causing the Bozos (clowns) in Brussels and their stooges in Washington DC to cave in (wet their pants), dropping Zelensky like a hot potato and forcing him to make peace with Putin.

How will it end?

Ukraine will become a buffer nation, and the Ukrainians who crave to work in the EU will remain in the EU. Everyone will be happy except the Bozos in Brussels and their stooges in Washington DC.

In your response to, “America must not waste this crisis. This is our umpteenth confrontation with a petro-dictator,” I respectfully submit:

Careful Tom. Putin will again serve as Europe’s oil and gas benefactor for a long time, even beyond his tenure as President of the Russian Federation.

From his perspective and many citizens around the world, Putin’s “vicious and reckless” response to NATO is justified. The Russians are saying, “don’t mess with us and get off our turf,”

Putin wants to sell oil and gas. Would he pick a fight against his best customers, the countries of Europe? Why would Ukraine wish to choose a conflict with Russia? Why would the Bozos in Brussels and their stooges in Washington DC prosecute an undeclared proxy war against Russia, supplying Ukraine with all the firepower to kill and destroy and exploit the Ukrainians as cannon fodder and human shields? Tom, if you can figure this out, you deserve another Pulitzer Prize.

My source on Red Square, who works in the Presidential Affairs Office, tells me that Putin’s primary objective is improving the Russian economy and standing in the world community. Does he, then, want to waste his resources on war. He needs Ukraine under his turf like he needs a hole in his head. Putin just wants Ukraine to be a buffer zone between East and West, a policy that I think should be shared by the Bozos in Brussels and their stooges in Washington DC, the Neo-Coalition of the Willing.’

Like the deposed Shah of Iran, Sadam Hussein, and Moammar Mohammed al-Qadhafi, Putin wants an honest price for Russian natural resources. He wants to get paid in Russian Rubles, not Petro Dollars or Euros. Even Switzerland is in on the act. For the first time in 120 years, Switzerland has squashed its neutrality and removed the Russian Federation from the SWIFT global banking network, which Russia views as a brutal act of war. Imagine the consequences?

Our Airbnb landlord in Havana, Cuba, who offered my entire family a vacation rental between Christmas and New Year, told me, “I have a stranded Russian sleeping on the couch. He missed the last flight back to Moscow and can’t access his money. He has no money. His debit and credit cards are blocked. I can’t let him starve. The ATM around the corner is useless.”

The Neo-Coalition of the Willing has rigged the ATMs in the entire Free World to deny Russians from having access to their Russian bank accounts. How would the United States and the European Union respond if their citizens are stranded penniless overseas with blocked debit or credit cards despite plenty of balances in their bank accounts?

Tom, to your remark, “No matter how the war ends in Ukraine, it needs to end with America finally, formally, categorically, and irreversibly ending its addiction to oil:” my take is:

Who can disagree? Of course, America and the rest of the world should ‘finally, formally, categorically, and irreversibly end its addiction to oil.

To elucidate and amplify, America does not import a drop of oil from Russia. The United States is an oil-rich country. Most of America’s oil is ‘homegrown’ or comes from Canada and Venezuela, not the Middle East or Russia. America is not dependent on foreign oil. Europe is.

America is more addicted to foreign capital than foreign oil.

And where is the wealth, the actual capital on earth?

When you follow the money trail, you’ll wind up in the European Union, the United States of Europe, an economy more significant than the economies of the United States of America and China COMBINED. (Read the upbeat and quick-read: ‘A European Agenda on the World Stage’ by Abraham A. van Kempen)

The United States depends on European capital because American consumers have an insatiable demand for credit.

That’s why the United States is Europe’s whipping boy.

The Free World has picked fights with countries like Iran, Iraq, Libya, Venezuela, and now Russia? These countries don’t want to fight against the Neo-Coalition of the Willing. They just want to sell oil at a fair price in their currency.

Does the Free World want to pay a fair price?

To your question, “Now, how stupid is that?”

It’s worse than ‘stupid,’ Tom. The clowns in Brussels and their stooges in Washington DC are senseless, thoughtless, reckless, heedless, and ill-advised, playing Russian Roulette with our lives.

The Free World has shut the flow of oil and gas from Russia to Europe. Russia would never initiate such insanity. Why would anyone mutilate his fingers?

Why have the oil companies, the invisible petro-dictators, increased the price of gasoline at the local gas pumps?

Now, think this through, Tom. Perk yourself up with a cup of coffee if you must!

When you shut down the oil and gas in Russia that flows typically to Europe, the oil companies scramble like chickens without heads to other oil-rich countries to buy oil and gas to supply oil to Europe.

You don’t expect countries like Saudi Arabia, etc., to step up to the plate to sell their oil for less, do you? The other oil-rich nations like Venezuela, Canada, and the United States will not sell for less.

So, yes, in a sense, the Free World’s energy policy of shutting down the flow of oil and gas from Russia has caused the superfluities to hit the fan. They’re all clowns.

“Our civilization simply cannot afford this anymore. Climate change has not taken a timeout for the war in Ukraine. Have you checked the weather report for the North and South Poles lately? Simultaneous extreme heatwaves gripped part of Antarctica this month, driving temperatures there to 70 degrees Fahrenheit warmer than the average for this time of year, and areas of the Arctic, making them more than 50 degrees warmer than average.

Those are not typos. Those are crazy super extremes.”

YES, Tom! Agreed!! You’re right on!!! Most of us in the Netherlands live beneath sea level. We cannot agree with you more.

But before we can save the planet with clean energy, we’ve got to make sure that we won’t bomb ourselves back to the Stone Age.

A nuclear war could mushroom overnight.

Read more: ‘How to Defeat Putin and Save the Planet,’ by NY Times Columnist Thomas L. Friedman

Excerpted from the article above:

“This is our umpteenth confrontation with a petro-dictator whose viciousness and recklessness are possible only because of the oil wealth he extracts from the ground. No matter how the war ends in Ukraine, it needs to end with America finally, formally, categorically, and irreversibly ending its addiction to oil.

Nothing has distorted our foreign policy, commitments to human rights, national security, and, most of all, our environment than our oil addiction. Let this be the last war in which we and our allies fund both sides. That’s what we do. Western nations fund NATO and aid Ukraine’s military with our tax dollars, and — since Russia’s energy exports finance 40 percent of its state budget — we fund Vladimir Putin’s army with our purchases of Russian oil and gas.

Now, how stupid is that?”