Zionism* … A Return to God 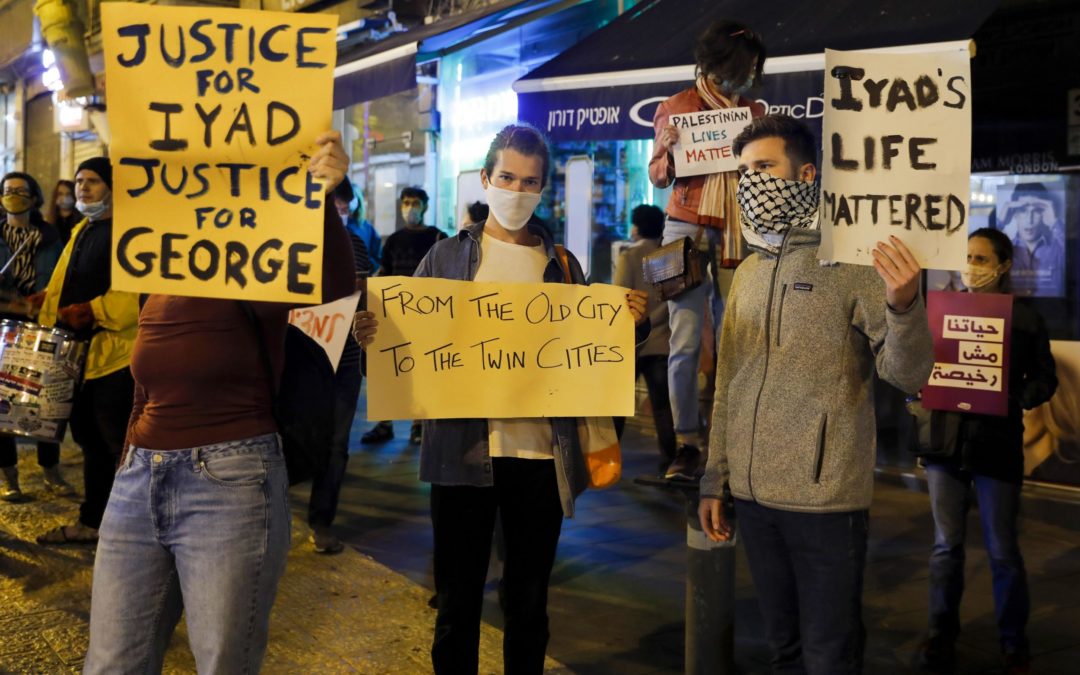 It is time for real Zionism, biblical Zionism: “a return to God, to become a light among nations, to reign with righteousness and justice” (Genesis 18: 19).

Zion is primarily known as the Spiritual Kingdom of God.

Zion is also known as the seat of power for the ‘kingdom’ of Ancient Israel.

Mount Zion signifies the spiritual Kingdom of God. “You have come to Mount Zion and the city of the living God, the heavenly Jerusalem” Hebrews 12: 22; “the New Jerusalem that will descend out of heaven” (Revelation 21: 10-26); the indwelling of God’s Holy Spirit inside living temples not made of stone, the ‘heaven on earth.’

Zionism is NOT about the land. Zionism is about God, the return to God.

Zion also means Israel, NOT the modern state of Israel. I’ll cover that next Wednesday.

Edo Konrad, Editor-in-Chief of the acclaimed Israeli magazine, +972 Magazine, based in Tel Aviv, writes in ‘Justice for Iyad, Justice for George‘:

“Just days after the police killed Floyd, Israeli Border Police officers gunned down Iyad al-Hallaq, a Palestinian man with autism, while on his way to his special needs school in Jerusalem.

Meanwhile, the brutal response by law enforcement across the United States — including tear gas and rubber bullets — is a stark reminder of what Mairav Zonszein calls a “mainstay of Israeli occupation, tactics taken right out of the Israeli playbook.

Al-Hallaq’s killing is unique inasmuch as it has prompted expressions of regret from several top Israeli officials, including Defense Minister Benny Gantz. It has also led to protests across the country that have put front and center the connection between police brutality against Blacks and Palestinians.“

Can we engage our moral imagination to fast forward to a future date of reconciliation between one and the other?

Why can’t all Americans today officially honor and thank and apologize to all Americans who are descendants from slaves? Their ancestors have toiled the land with their blood, sweat, and tears that have helped make America great.

Why can’t all Israelis today – Jews and Palestinians – honor and thank and apologize to all the indigenous people of Israel-Palestine. Today, most are forcefully dispossessed and displaced from the land. The Israelis are beneficiaries of their blood, sweat, and tears that have helped make the region fertile, vibrant, and fruitful, as confirmed by the first Israeli settlers, “there was little-untilled soil in Palestine …” (*Chapter 2: Still Wandering; Sub-chapter 2.4: As Though If History Stood Still for Two Millenia; Page 50; Kindle Locations 837-838). Without the indigenous Palestinians, Israel-Palestine would not be as bountiful.

We have some ways to go. To forgive and to apologize, go against our grains. Even with the indwelling of God’s Holy Spirit in one’s soul, our free will supersedes God’s will. Nonetheless, one could begin. Seek God’s forgiveness for our inability to forgive! In the same breath, ask God’s spirit to help us pray for those to forgive.

Zionism is about going back to God, to cherish and enjoy His Kingdom now, the here-and-now. Jesus Christ has never mentioned modern Israel as a sign of His Second Coming. The Good News is solely about God’s Kingdom on earth as in heaven, not an earthly kingdom (*Introduction: Golden Calves; Subsection: Will Christ Come Soon; Page xi; Kindle Location 53).