The Evangelical Pope | Let Us Be One 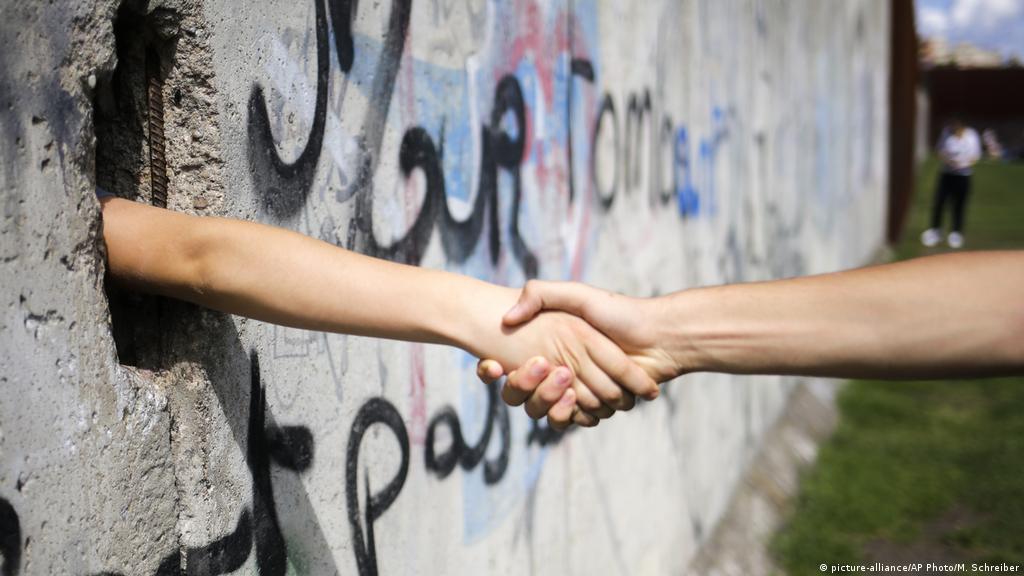 München Airport, 19 November 1980 | Some time has passed since the last war catastrophe with its terrible images, which swept across Europe and our home countries like an earthquake. And yet even today, the call must be repeated for a future world that should be “more humane” for everyone.

May the Civilization of Love be the historical answer of the future to the painful past experiences. In this dimension, the civilization of love means that form of coexistence and living together between peoples in which Europe would form a real family of peoples. Like in every human family, everyone who belongs to it receives all respect, so in the family of nations, all nations – large, medium, and small – must be respected.

Read more: Aleksandr I. Solzhenitsyn’s ‘A World Split Apart,’ his Commencement Address, delivered at Harvard University, June 8, 1978. (The book is most likely out of print. But you might be able to find replicas on the Internet, but they won’t be the same as the original manuscript.)

“The human soul,” says Solzhenitsyn, “longs for things higher, warmer, and purer than those offered by today’s mass living.”

I am not examining the case of a disaster brought on by a world war and the changes it would produce in society. But as long as we wake up every morning under a peaceful sun, we must lead in everyday life. Yet there is a disaster which is already very much with us. I am referring to the calamity of an autonomous, irreligious humanistic consciousness.

It has made man the measure of all things on earth —  imperfect man, who is never free of pride, self-interest, envy, vanity, and dozens of other defects. We are now paying for the mistakes not adequately appraised at the beginning of the journey. On the way from the Renaissance to our days, we have enriched our experience, but we have lost the concept of a Supreme Complete Entity, which used to restrain our passions and irresponsibility. We have placed too much hope in politics and social reforms, only to discover that we are deprived of our most precious possession: our spiritual life.

It is trampled by the party mob in the east, by the commercial one in the west. This is the essence of the crisis: the split in the world is less terrifying than the similarity of the disease affecting its main sections. [bold and underline mine]

If, as claimed by humanism, men were born only to be happy, they would not be born to die. Since his body is doomed to death, his task on earth evidently must be more spiritual: not a total engrossment in everyday life, not the search for the best ways to obtain material goods and their carefree consumption. It has to be the fulfillment of a permanent, earnest duty so that one’s life journey may become, above all, an experience of moral growth: to live life a better human being than one started it. It is imperative to reappraise the scale of the typical human values; their presence in correctness is astounding. It is not possible that the assessment of the President’s performance should be reduced to the question of how much money one makes or the availability of gasoline. Only by the voluntary nurturing in ourselves of freely accepted and serene self-restraint can humankind rise above the world stream of materialism.

Today it would be retrogressive to hold on to the ossified formulas of the Enlightenment. Such social documentation leaves us helpless before the trials of our times.

Even if we are spared destruction by war, life will have to change in order not to perish on its own.

We cannot avoid reassessing the fundamental definitions of human life and human history. Is it true that man is above everything? Is there no superior spirit above him? Is it correct that man’s life and society’s activities should be ruled by material expansion above all? Is it permissible to promote such expansion to the detriment of our integral spiritual life?

If the world has not approached its end, it has reached a major watershed in history, equal in importance to the turn from the Middle Ages to the Renaissance. It will demand a spiritual blaze from us; we shall have to rise to a new level of vision, to a new level of life, where our physical nature will not be cursed as in the middle ages. Still, even more importantly, our spiritual being will not be trampled upon as in the modern era.

This ascension is similar to climbing onto the next anthropological stage. No one on earth has any other way left but upward.”