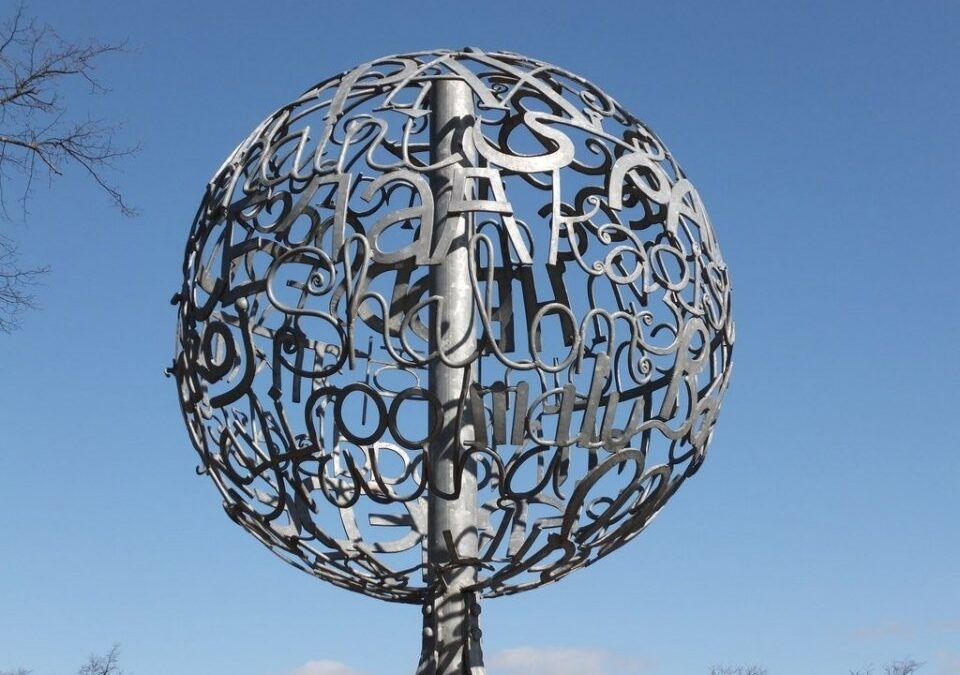 Shalom! This beautiful word, so dear, means salvation, happiness, harmony; it highlights the fact that peace is a gift of God; a fragile gift, placed in human hands, that has to be safeguarded by the dedication of our communities.

May God make us builders of peace, with the consciousness that, when humankind works for peace, he or she becomes capable of making the world better.

Shalom! This is my cordial greeting – my heartfelt wish – to you … May God, in his goodness, protect and bless each one of us. May he especially bless all who forge a path of friendship and peace among the men and women of every race and culture.1

Today, forty years after the outbreak of the Second World War, I wish to recall the whole of the experiences by individuals and nations that were sustained by a generation that is largely still alive. I had occasion not long ago to reflect again on some of those experiences, in one of the places that are most distressing and overflowing with contempt for man and his fundamental rights—the extermination camp of Oświęcim (Auschwitz), which I visited during my pilgrimage to Poland last June. This infamous place is unfortunately only one of the many scattered over the continent of Europe. But the memory of even one should be a warning sign on the path of humanity today, in order that every kind of concentration camp anywhere on earth may once and for all be done away with.

And everything that recalls those horrible experiences should also disappear forever from the lives of nations and States, everything that is a continuation of those experiences under different forms, namely the various kinds of torture and oppression, either physical or moral, carried out under any system, in any land; this phenomenon is all the more distressing if it occurs under the pretext of internal “security” or the need to preserve an apparent peace.

My purpose in evoking this memory is above all to show what painful experiences and sufferings by millions of people gave rise to the Universal Declaration of Human Rights, which has been placed as the basic inspiration and cornerstone of the United Nations Organization. This Declaration was paid for by millions of our brothers and sisters at the cost of their suffering and sacrifice, brought about by the brutalization that darkened and made insensitive the human consciences of their oppressors and of those who carried out a real genocide. This price cannot have been paid in vain!

It is my fervent hope that a solution also to the Middle East crises may draw nearer. While being prepared to recognize the value of any concrete step or attempt made to settle the conflict, I want to recall that it would have no value if it did not truly represent the “first stone” of a general overall peace in the area, a peace that, being necessarily based on equitable recognition of the rights of all, cannot fail to include the consideration and just settlement of the Palestinian question.

I also hope for a special statute that, under international guarantees—as my predecessor Paul VI indicated—would respect the particular nature of Jerusalem, a heritage sacred to the veneration of millions of believers of the three great monotheistic religions, Judaism, Christianity and Islam.2

May God make us ‘peacekeepers’ in the assurance that, when men and women are committed to peace, they can and will improve the world.

The true peacekeeper is he who not only renounces the use of violence as a normal course of action, but also has the courage to fight the enemies of peace.

The peacekeeper does not fight with physical weapons or against another person or another nation but against selfishness in all its forms, which prevents us from seeing the other as brothers and sisters of a single family of people.

The peacekeeper fights against indifference and apathy; against poverty, pain and suffering.3

Will the new century be one of peace and a renewed sense of brotherhood between individuals and peoples? We cannot of course foresee the future. But we can set forth one certain principle: there will be peace only to the extent that humanity as a whole rediscovers its fundamental calling to be one family, a family in which the dignity and rights of individuals – whatever their status, race or religion – are accepted as prior and superior to any kind of difference or distinction.

This recognition can give the world as it is today – marked by the process of globalization – a soul, a meaning and a direction. Globalization, for all its risks, also offers exceptional and promising opportunities, precisely with a view to enabling humanity to become a single family, built on the values of justice, equity and solidarity.

For this to happen, a complete change of perspective will be needed: it is no longer the well-being of any one political, racial or cultural community that must prevail, but rather the good of humanity as a whole. The pursuit of the common good of a single political community cannot be in conflict with the common good of humanity, expressed in the recognition of and respect for human rights sanctioned by the Universal Declaration of Human Rights of 1948.

It is necessary, then, to abandon ideas and practices – often determined by powerful economic interests – which subordinate every other value to the absolute claims of the nation and the State. In this new perspective, the political, cultural and institutional divisions and distinctions by which humanity is ordered and organized are legitimate in so far as they are compatible with membership in the one human family, and with the ethical and legal requirements which stem from this.4

As a Christian, my hope and trust are centered on Jesus Christ, the two thousandth anniversary of whose birth will be celebrated at the coming of the new millennium. We Christians believe that in his Death and Resurrection were fully revealed God’s love and his care for all creation. Jesus Christ is for us God made man and made a part of the history of humanity. Precisely for this reason, Christian hope for the world and its future extends to every human person.

Because of the radiant humanity of Christ, nothing genuinely human fails to touch the hearts of Christians. Faith in Christ does not impel us to intolerance. On the contrary, it obliges us to engage others in a respectful dialogue. Love of Christ does not distract us from interest in others, but rather invites us to responsibility for them, to the exclusion of no one and indeed, if anything, with a special concern for the weakest and the suffering. Thus, as we approach the two thousandth anniversary of the birth of Christ, the Church asks only to be able to propose respectfully this message of salvation, and to be able to promote, in charity and service, the solidarity of the entire human family.5

2 Address of His Holiness John Paul II to the 34th General Assembly of the United Nations, New York, Tuesday, 2 October 1979

3 Homily during the Mass for World Peace Bangkok, Thailand, 10 May 1984

5 Address of His Holiness John Paul II to the 50th General Assembly of the United Nations, New York, Thursday,5 October 1995