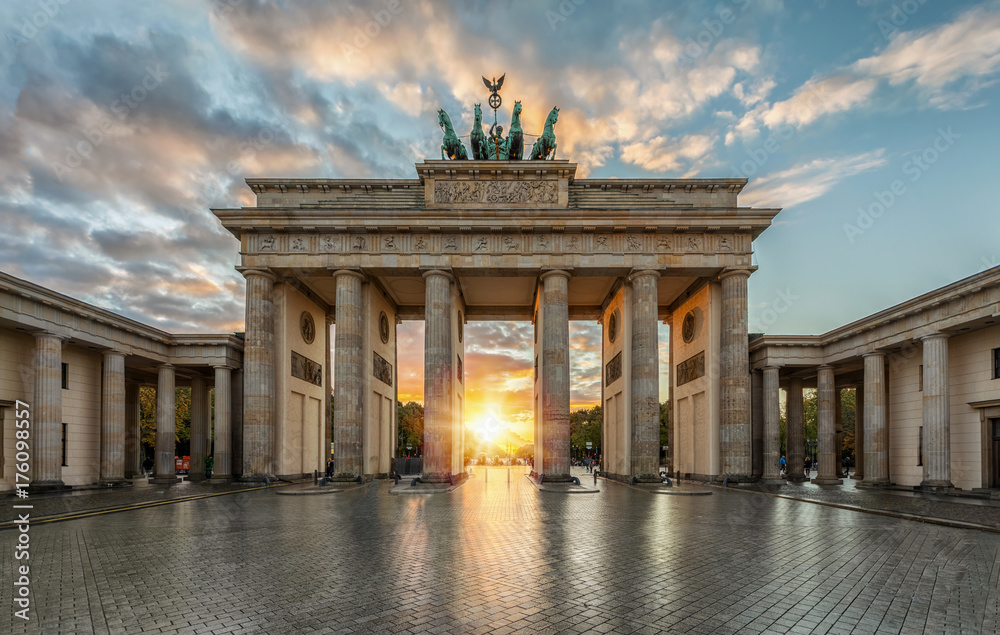 “2 Each of us should please our neighbors for their good, to build them up.” (Read all of Romans 15 NIV Translation)

Berlin, 23 June 1996 | The new house of Europe we are talking about craves a free Berlin and a free Germany. Above all, it needs the air to breathe, open windows through which the spirit of peace and freedom can enter. Not least for this reason, Europe needs staunch door openers, i.e., people who protect freedom through solidarity and responsibility. Not only Germany but all of Europe merits the indispensable contribution of Christians.

To the Berliners and all Germans, to whom I am grateful for the peaceful revolution of spirit that led to the opening of this Brandenburg Gate, I call out:

Don’t extinguish the spirit! Keep this gate open for you and all people!

There is no freedom without love.

Humankind is called to be free.

To all of you who are listening to me now, I announce: The fullness and perfection of this freedom has a name: Jesus Christ. He is the one who testified about himself:

I am the door.

In him, access is opened to the fullness of freedom and life.

He is the one who truly sets humanity free by driving out the darkness from the human heart and revealing the truth. He completes his walk as our brother and his solidarity with us in giving his life for us. He frees us from sin and death. He allows us to see his face in our neighbor, the face of our true brother.

He shows us the face of the Father and becomes the bond of love for everyone. Christ, our Redeemer, is our freedom.

Excerpted from (translated from German):

Extreme isolation means eventual national death in the modern world. Even now, Israel is connected to its Western lifeline only through the political influence of pro-Zionist lobbies in the diaspora. That influence is eroding primarily due to the racist behavior of successive Israeli governments. It is a no-win game for the Zionists, but they cannot see it through their myth-inspired blinkers. As it turns out, the most potent wall the Zionists have built is that which holds up the myth of who they are supposed to be.

To the religious nationalists and the ultra-nationalists, the wall aims to fence the non-Jews out. However, until the world shouts, “Mr. Netanyahu, tear down that wall,” the barrier continues to lock the Jews inside their fortress.

Read more: ‘Israel wants to be recognized as Jerusalem’s responsible sovereign. Tell the cops,‘ Opinion by DAVID HOROVITZ, Editor Times of Israel, 19 May 2022

The handling of Shireen Abu Akleh’s funeral contradicted Israel’s claim to act as the capital’s wise and temperate authority. Those in charge have a lot to answer for …

Israel’s official public handling of the tragedy was not particularly impressive. It failed to explain what the IDF was doing in Jenin in the first place; its leaders, from the prime minister on down, asserted that Abu Akleh was likely killed by Palestinian fire when, as the IDF chief Aviv Kohavi subsequently explained, there was no way yet of knowing whose bullet killed her. But Israel promised a full investigation, reached out to (and was rebuffed by) the Palestinians and Kohavi found the right tone and vocabulary to express regret at her death.

Her funeral was another matter altogether. The orders given to the police and how they were carried out reflected a failure to internalize the significance of the death of a prominent, even iconic, journalist killed in hugely contested circumstances, now being laid to rest in Jerusalem.