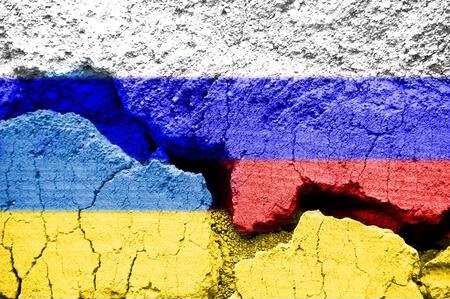 People of all positions and ideologies, listen to the pleading words I speak to you! Listen, for I say to you from the depth of my faith, trust, and love for the suffering person! Listen, because I speak the words in the name of Christ. Remember that every human being is your brother who defends his dignity!

Your brother’s life must always be secured away from all social, political, ideological, religious, and racial differences – revere the life of every human being. We must remember that one can kill the brother slowly, day by day, if one prevents him from accessing the goods God has created for the good of all and not for a few.

This human support is an essential part of evangelism and faith.

Excerpted from (translated from Spanish):

Editor’s Note | President Putin has invoked deterrence by scaring the daylight out of the clowns and stooges in Brussels and Washington DC. Sooner than later, they will wet and soil their pants and drop Mr. Zelensky like a hot potato. Putin and Zelensky will be left to their own devices to work out a deal. Neither will like it. Both will compromise. They’re desperate. Putin needs to sell oil and gas. Zelensky wants to earn crumbs from the oil and gas that flows through Kyiv. Both want to feed the hungry to generate $billions from the developing world. After all, Russia and Ukraine, like the United States, serve as breadbaskets to the world.

Read more: ‘The New Nuclear Reality – Russia’s war in Ukraine has reawakened fears about the bomb—and endangered the principle of deterrence.‘ By Robin Wright, April 23, 2022.

In his Nobel Peace Prize speech in 1991, Mikhail Gorbachev, the last leader of the Soviet Union, pronounced that “the risk of a global nuclear war has practically disappeared.” Moscow and Washington had veered “from confrontation to interaction and, in some important cases, partnership,” he said. The Soviet Union’s collapse—which birthed fifteen new states, including Ukraine—transformed the world. Gorbachev added that every country believed that it had become “fully sovereign and independent in the new Europe.” Historians imagined that the end of the Cold War would lead to the demise of the nuclear age, amid new diplomacy and arms-control treaties. The ingrained fears—that kilotons of destructive energy and toxic radiation could decimate a city and incinerate tens of thousands of human beings—began to dissipate. Beyond policy wonks, the word “nuclear” largely dropped from the public lexicon.

Vladimir Putin’s [ Ed. and NATO’s] war in Ukraine has jolted the world back into an uncomfortable consciousness of the nuclear threat. In the past month, official warnings have emerged at a striking pace.

“Given the potential desperation of President Putin and the Russian leadership, given the setbacks that they’ve faced so far militarily, none of us can take lightly the threat posed by a potential resort to tactical nuclear weapons or low-yield nuclear weapons,” William Burns, the C.I.A. director and a former ambassador to Russia, warned on April 14.

The U.S. assessment of when and why Moscow might use such weaponry has changed. Lieutenant General Scott D. Berrier, the director of the Defense Intelligence Agency, conceded in testimony to a House Armed Services subcommittee.

A prolonged war in Ukraine will sap Russia’s manpower and matériel.

At the same time, he said that sanctions would throw the nation into an economic depression and undermine its ability to produce more precision-guided munitions and conventional arms.

“As this war and its consequences slowly weaken Russian conventional strength, Russia likely will increasingly rely on its nuclear deterrent to signal the West and project strength to its internal and external audiences.”

Putin’s aggression is “reviving fears” of a more “militaristic Russia.”

What comes first, the chicken or the egg?

Read more: ‘U.S. Secretary of State Blinken to Visit Kyiv to Meet with Ukrainian President Zelenskyy,’ Zelenskyy will request that the U.S. become a security guarantor for Ukraine from future threats.