The Evangelical Pope | … Have No Fear 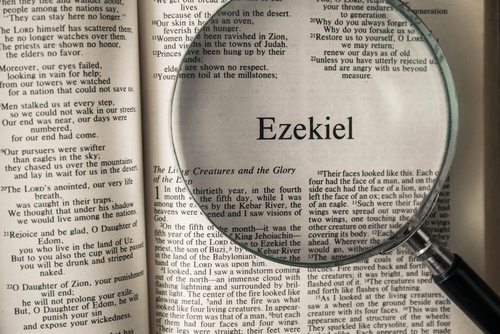 Let there be an end to the chain of hatred and terrorism,
which threatens the orderly development of the human family.
May God grant that we are free
from the peril of a tragic clash
between cultures and religions.
May faith and love of God
make the followers of every religion
courageous builders of understanding and forgiveness,
patient weavers of fruitful inter-religious dialogue,
capable of inaugurating a new era of justice and peace.

As he said to the terrified Apostles on the wind-swept sea,
Christ says once more to the men and women of our time:
“Take heart, it is I; have no fear!” (Mark 6: 50).
If he is with us, why should we fear?
However dark the horizon of humanity may seem,
today we celebrate the radiant triumph of Easter joy.
If a contrary wind slows the march of people,
if storms toss the sea of history,
let no one yield to dismay and lack of trust!
Christ is risen; Christ is alive in our midst;
truly present in the Sacrament of the Eucharist,
he offers himself as the Bread of salvation,
Bread for the poor, the Food of wayfarers.

Editor’s note | Neither Denial nor Despair … God is Sovereign

19 I will give them an undivided heart and put a new spirit in them; I will remove their heart of stone and give them a heart of flesh.

20 Then they will follow my decrees and be careful to keep my laws. They will be my people, and I will be their God.

Catastrophe strikes, and a person’s world falls apart. People respond variously, but two of the more common responses are denial and despair.

Denial refuses to acknowledge the catastrophe. It shuts its eyes tight or looks the other way; it manages to act as if everything will be just fine; it takes refuge in distractions and lies and fantasies.

Despair is paralyzed by the catastrophe and accepts it as the end of the world. It is unwilling to do anything, concluding that life is over. Despair listlessly closes its eyes to a world in which all the color has drained out, a world gone dead.

Among biblical writers, Ezekiel is our master at dealing with catastrophe. When catastrophe struck—the sixth-century B.C. invasion of Israel by Babylon—denial was the primary response. Ezekiel found himself living among a people of God who (astonishingly similar to us!) stubbornly refused to see what was right before their eyes (the denial crowd). Some were unwilling to see anything other than what was right before their eyes (the despair crowd).

But Ezekiel saw. He saw what the people he lived with either couldn’t or wouldn’t notice. He saw in wild and unforgettable images, elaborated in exuberant detail—God at work in a catastrophic era.

The denial people refused to see that the catastrophe was, in fact, catastrophic. How could it be? God wouldn’t let anything that bad happen to them. Ezekiel showed them. He showed them that there was a catastrophe, but God was at work in the disaster, sovereignly using the calamity.

He showed them so that they could embrace God in the worst of times.

The despairing people, overwhelmed by the devastation, refused to see that life was worth living. How could it be? They had lost everything- or would soon—country, Temple, freedom, and many lives.

Ezekiel showed them. He showed them that God was and would be at work in the wreckage and rubble, sovereignly using the disaster to create a new people of God.

Whether through denial or despair, the people of God nearly lost their identity as a people of God. But they didn’t. God’s people emerged from that catastrophic century robust and whole.

And the reason, in large part, was Ezekiel.