The Evangelical Pope | At the Service of Understanding 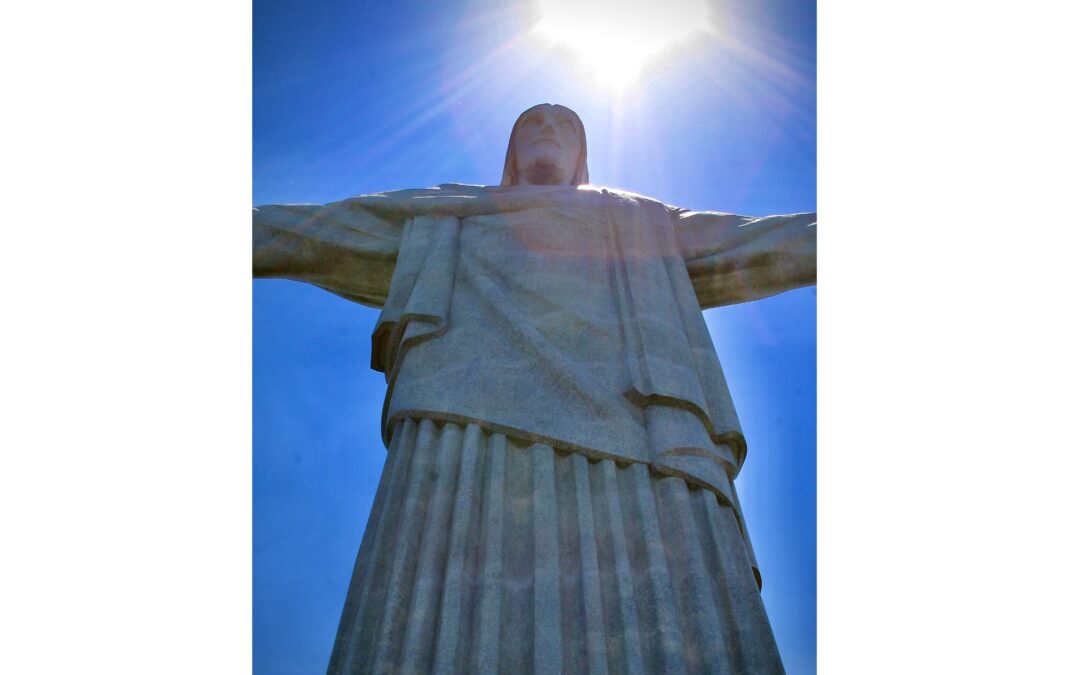 “From the same mouth come blessing and cursing. My brothers and sisters, this ought not to be so,”

The Vatican, 24 January 2005 | The Sacred Scriptures remind us that words have an extraordinary power to bring people together or divide them, forge bonds of friendship, or provoke hostility.

This is true of words spoken by one person to another: it applies equally to communication at any level. Modern technology places unprecedented possibilities for good at our disposal and fosters harmony and reconciliation. Yet its misuse can do untold harm, leading to misunderstanding, prejudice, and even conflict.

The media can teach billions of people about other parts of the world and different cultures. With good reason, they have been called “the first Areopagus of the modern age . . . for many the chief means of information and education, guidance and inspiration in their behavior as individuals, families, and within society at large” (Redemptoris Missio, 37).

Accurate knowledge promotes understanding, dispels prejudice, and awakens the desire to learn more. Images especially have the power to convey lasting impressions and to shape attitudes. They teach people how to regard members of other groups and nations, subtly influencing whether they are considered friends or enemies, allies or potential adversaries.

When others are portrayed in hostile terms, seeds of conflict are sown, which can quickly escalate into violence, war, or even genocide. Instead of building unity and understanding, the media can be used to demonize other social, ethnic, and religious groups, inciting fear and hatred.

Managing editors responsible for the style and content have a grave duty to ensure that this does not happen.

Indeed, the media have enormous potential for promoting peace and building bridges between peoples, breaking the fatal cycle of violence, reprisal, and fresh violence that is so widespread today. Saint Paul’s words formed the basis of this year’s Message for the World Day of Peace: “Do not be overcome by evil, but overcome evil with good” (Romans 12:21).

The fundamental ethical principle is this: “The human person and the human communities are the end and measure of the use of the media of social communication; communication should be by persons to persons for the integral development of persons” (Ethics in Communications, 21).

The model and pattern of all communication are found in the Word of God himself.

“In many and various ways God spoke of old to our fathers by the prophets; but in these last days, he has spoken to us by a Son.” (Hebrews 1:1).

The Incarnate Word has established a new covenant between God and his people – a covenant that also joins us in community with one another.

“For he is our peace, who has made us both one, and has broken down the dividing wall of hostility” (Ephesians 2:14).

My prayer on this year’s World Communications Day is that the men and women of the media will play their part in breaking down the dividing walls of hostility in our world, walls that separate peoples and nations from one another, feeding misunderstanding and mistrust.

May they use the resources at their disposal to strengthen the bonds of friendship and love that signal the onset of the Kingdom of God here on earth.

From the Vatican, 24 January 2005, the Feast of Saint Francis de Sales.

MESSAGE OF THE HOLY FATHER JOHN PAUL IIFOR THE 39th WORLD COMMUNICATIONS DAY, “The Communications Media: At the Serviceof Understanding Among Peoples.”[delivered posthumously on Sunday, 8 May 2005, approximately one month after the Pope’s death]]

Editor’s Note | Can We Reduce the Noise?

So much noise! On all sides, they accuse the other with words that divide. Such terms fix blame, not the problem. Swiss Ambassador Heidi Tagliavini: “this is not a blame game.”

Read the Interview in the Neue Zürcher Zeitung of Heidi Tagliavini, an internationally renowned diplomat with a long track record as a mediator in the former Soviet Union.

Heidi Tagliavini (Basel, 1950) was the architect of the 2015 Minsk agreements between Russia and Ukraine, arranged access for the international investigation team in Donetsk after the downing of MH17, and worked for the UN and the Organization for Security and Cooperation in Europe (OSCE) in conflict zones in Eastern Europe and the Caucasus – including Chechnya, Bosnia, and Georgia. Tagliavini studied Russian and speaks eight languages, even some Dutch: in the 1990s; she worked at the Swiss embassy in The Hague.

Many did not see this war coming. Did you?

“It was clear to me, through my years of involvement in eastern Ukraine, that this would sooner or later end in war. Moscow has said that Kyiv is not adhering to the 2015 Minsk agreement for seven years. Kyiv doesn’t want to or can’t. Everything is stuck. I initiated the peace process after the Minsk Agreement; there are regular discussions on all major issues: security and political, social, humanitarian, and economic affairs. Nowhere has there been a real breakthrough.”

Did Moscow then adhere to Minsk?

“Moscow has drawn ever closer to the Donbas. For example, it has handed out Russian passports there. That should have alarmed us. That makes peace negotiations virtually impossible.”

“Yes. Since then, I have known how fragile peace is. It could be over in no time.”

Has the West made mistakes in its dealings with Russia?

“This is not a blame game. Since 2000, we haven’t listened enough to what has been going on between Russia and the West. We’ve had many signals, many warnings. We haven’t taken them seriously enough. Conflicts were brewing: 1) the US intervention in Iraq in 2003 without an explicit mandate from the UN Security Council, which Russia opposed; 2) the color revolutions in Georgia and Ukraine in 2003 and 2004, according to Moscow, incited by Washington; 3) the debate about an independent Kosovo between 2006 and 2008, and then Kosovo’s recognition; And so forth. The West has brushed those signals aside too easily. That in no way justifies the Russian invasion of Ukraine. Russia says it always respects international law, which prohibits the use of violence, even the threat of violence. And look what happens now?”

Are you now blaming the West for the war?

“No! I only signal that the West was too laconic with the zeitgeist in Moscow.”

The UN and the Organization for Security and Cooperation in Europe (OSCE) are on the sidelines in Ukraine.

“That is not so strange. The parties must request it to involve international organizations as mediators, negotiators, or peacekeepers in a conflict. Russia and Ukraine are members of the UN and OSCE and must approve a mandate. We are not there yet.”

What do our future relations with Russia look like?

“It’s too early to think about that. We don’t know where this war is taking us. And what the world will look like then. That’s the scary thing. But if we can learn one lesson from two world wars, it is that the post-war order must be inclusive. And that Russia should be part of that. Isolating Russia is not an option. Was it not the French minister Talleyrand who said at the Congress of Vienna [1814-1815, ed.] that the future after the war must be a life with the enemy? We need to find a modus vivendi with Russia. Russia is not going away. It is our neighboring country. Just like your neighbor: he won’t leave either. One must reconcile. It’s never easy. We must rebuild the trust. In all the wars I’ve worked in, that’s the biggest obstacle to a peaceful solution.”

What was your best and worst moment as a diplomat with Russia?

“The best moment is that you sign an agreement after long negotiations and raise a glass of peace. The worst moment is when such an agreement is immediately shot to pieces. That has happened so many times. But we must never give up.”

Would you also like to work in this war?

Ending a war is, as Germans say, no Sonntagsspaziergang. In this war, we, the West, are the declared enemy. We are now seeing the emergence of other facilitators or mediators, such as Turkish President Erdogan. There were also rumors about the Israeli Prime Minister or even Chinese President Xi Jinping. Until recently, these kinds of names would not occur to us. That seems to be a sign that relations in world politics are changing. Anyway, right now, Russia and Ukraine are negotiating directly with each other.”

Is this the right time for such negotiations?

“Two things are important. One: Negotiations started very early, which is always good, although there is no quick result. Two: there is direct talk, as far as I know, without intermediaries. In my time, it was different. But we have to be realistic. The war continues, in all its horror and unpredictability. Moscow has not changed the purpose of its so-called “special operation.” Ukraine has been focusing on a ceasefire from the start and, of course, on humanitarian corridors. The longer the war lasts, the more the positions often harden. The current negotiations are also a kind of test: how far are both parties willing to go? But you need a minimum of goodwill for any deal.”

What is feasible: ceasefire or peace agreement?

“A peace agreement is always the goal. But that seems far away. In the current situation, a ceasefire would already be a huge breakthrough. A quarter of Ukrainians are on the run. A ceasefire is a top priority for Ukraine, which is under attack. However, both parties must agree to this. Moscow seems determined to fight on. Every day of fighting, Ukraine risks losing everything. After all, the war is on Ukrainian territory. On a peace deal, President Zelensky has already proposed things that previously seemed unthinkable, such as neutrality and renunciation of NATO membership — an old Moscow demand — with security guarantees. Zelensky also seemed willing to talk about Crimea and eastern Ukraine. However, he also said his country is not giving up its territorial integrity and that Ukrainian remains the only official language. Those points are unpalatable to Moscow. Finding solutions is not easy.”