Opinion | In the Ukrainian Crisis, Israel Looks At its Interests First 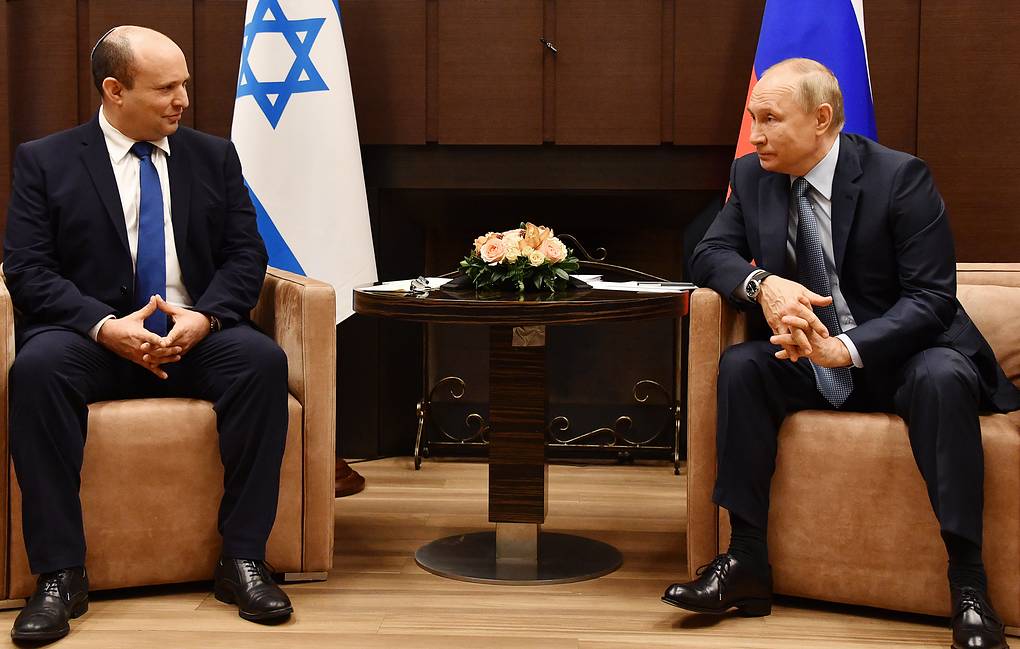 Israel is being extremely cautious about the Russian raid on Ukraine. Israel doesn’t want to rock the boat with Putin.

To get straight to the point: is Israel such an exemplary representative of democratic values ​​as self-proclaimed? Would I have asked the question if the answer would be an unequivocal ‘yes.’ In any case, regarding the Russian invasion of Ukraine, there is a lot to be said for that. Wherever possible, the Israeli government avoids public denunciation of the highly violent Russian raid.

Israel has not. Jerusalem did support the subsequent UN General Assembly resolution. But – always mind the subtleties – it was not the UN ambassador but the second in command who came up with the Russia-condemning explanation of vote.

Minister of Foreign Affairs Lapid expresses the very sparing condemnations from the government, not Prime Minister, Bennett. But Bennett spoke last Sunday with President Putin about the “situation” in Ukraine and with Ukrainian President Zelensky about the “Russian aggression” – but that previous choice of words was only on the Ukrainian side. Zelensky later said he saw images of men at the Wailing Wall wearing Ukrainian flags. “But I’ve spoken to Israel’s prime minister, and I don’t believe he wrapped himself in our flag.” Israeli air defense is also not given to Zelensky. Even helmets and bulletproof vests were refused, although Ukraine had promised to distribute them only to civilians.

Why so cautious? Bennett spoke with Putin for another three hours on Saturday during an unprecedented visit to Moscow.

Mediate? According to the Israeli newspaper Haaretz, Bennett’s angle has previously been the possible imminent restoration of the nuclear deal with Iran, which he firmly opposes. Then there are the Jewish minorities in both Russia and Ukraine. And a common argument is Israel’s war against Iran and its allies in neighboring Syria, which is tolerated by the Russian military.

I saw a furious Israeli cut down on this argument last week. “Strategic egoism,” exclaimed Eran Etzion, former deputy chief of the Prime Minister’s Security Council. And if Putin withdrew his aid in Syria, Israel would find another method to contain Iran, he said. Precisely what the editor-in-chief of the Jerusalem Post, Yaacov Katz, wrote. Moreover, Katz argued that Syria’s situation is “an interest [..] it is neither a value nor an ideology.” “This is not the Israeli way.”

Speaking of interests, I’ll give you the Yad Vashem Holocaust Museum. That asked in a letter to the American ambassador in Jerusalem whether he would not put Roman Abramovich on the sanctions list of Russian billionaire friends of Putin. Abramovich is a significant donor to the museum. The day before the Russian invasion, Abramovich Yad Vashem had just promised a new donation, which ran “into the eight figures” according to the museum.”

Carolien Roelants is a Middle East expert known to separate the facts from the hype week in, week out.