The Evangelical Pope | “I Have Come to Yad Vashem.” 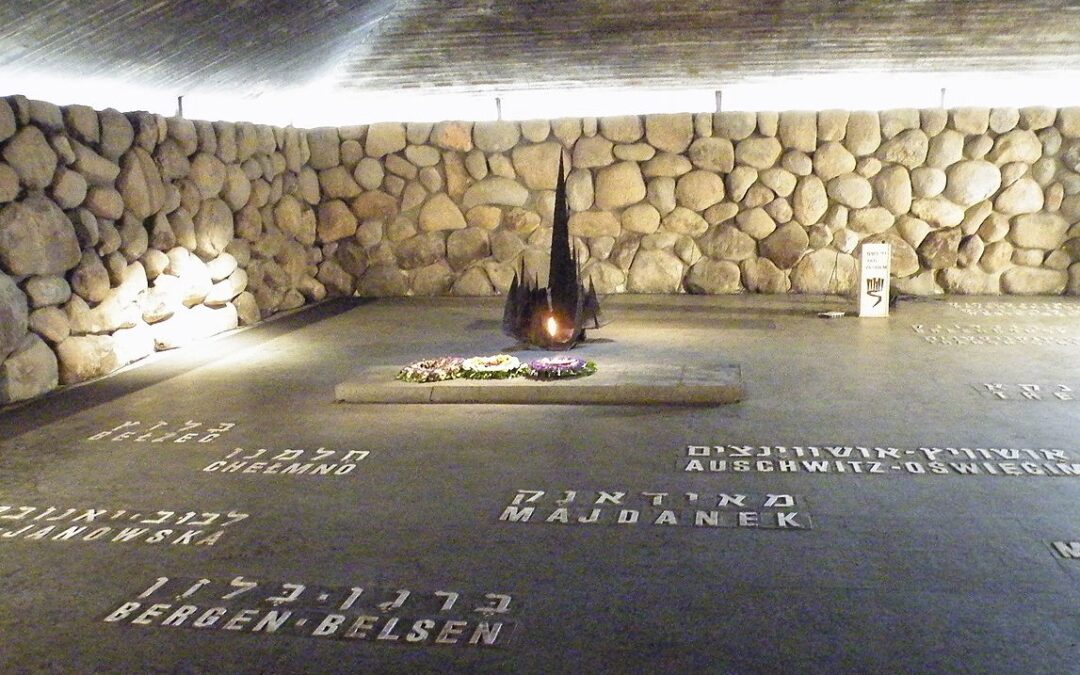 The words of the ancient Psalm rise from our hearts:

“13 For I hear many whispering,
‘Terror on every side!‘
They conspire against me
And plot to take my life.

15 My times are in your hands;
deliver me from the hands of my enemies,
From those who pursue me” (Psalm 31: 13-15 New International Version NIV).

I have come to Yad Vashem to pay homage to the millions of Jewish people who, stripped of everything, especially of their human dignity, were murdered in the Holocaust. More than half a century has passed, but the memories remain.

Here, as at Auschwitz and many other places in Europe, we are overcome by the echo of the heart-rending laments of so many. Men, women, and children cry out to us from the depths of the horror that they knew. How can we fail to heed their cry? No one can forget or ignore what happened. No one can diminish its scale.

How could man have such utter antipathy toward humanity? Because he had reached the point of contempt for God. Only a Godless ideology could plan and carry out the extermination of a whole people.

What attracted 1930s Zionists to fascism

“A Jewish studies graduate student earlier today pointed me to a fascinating study of pre-WWII Jabotinsky Zionism and its impact on latter-day Israeli politics. As most of you will know, Israel’s current extreme-rightist government is an ideological heir of Jabotinsky. Much of its garrison state militancy, hatred of Arabs, and urge for territorial aggrandizement stem from Jabotinskyean Zionism. Further, it’s the adulation of the powerful strongman leader and its dog-whistle dalliance with outright fascist discourse all harken back to lessons learned from Jabotinsky.“

Saint Pope John Paul II: The honor given to the “just gentiles” by the State of Israel at Yad Vashem for having acted heroically to save Jews, sometimes to the point of giving their own lives, is a recognition that not even in the darkest hour is every light extinguished. That is why the Psalms, and the entire Bible, though well aware of the human capacity for evil, also proclaim that sin will not have the last word. Out of the depths of pain and sorrow, the believer’s heart cries out: “I trust in you, O Lord; I say, ‘You are my God'” (Psalm 31: 14).

As Bishop of Rome and Successor of the Apostle Peter, I assure the Jewish people that the Catholic Church, motivated by the Gospel law of truth and love and by no political considerations, is deeply saddened by the hatred, acts of persecution, and displays of anti-Semitism directed against the Jews by Christians at any time and in any place. The Church rejects racism in any form as a denial of the image of the Creator inherent in every human being (Genesis 1: 26 NIV).

The world must heed the warning that comes to us from the victims of the Holocaust and the testimony of the survivors. Here at Yad Vashem, the memory lives on and burns itself onto our souls. It makes us cry out:

“In his recent book, Dr. Dmitry Shumsky shows that, contrary to popular belief, the forefathers of Zionism did not envision a state based on Jewish supremacy. And yet Zionism, he says, inevitably involves the oppression of Palestinians.“

John Paul II greets the Consuls General: “In this important sphere, no accomplishment or gain – no matter how small it may seem – will fail to have a positive effect on the entire family of man. I encourage you to bring all the energy of a deeply-felt ideal to your work: that of building a world firmly based on solid foundations of peace, justice, and respect for human rights and dignity. May God who is the source of our peace abundantly bless every effort aimed at securing an era of sincere understanding and cooperation among the nations of the earth.” 2