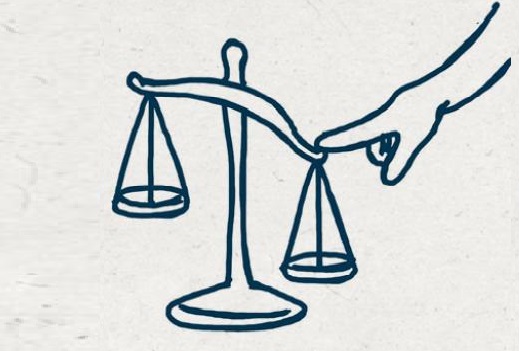 The presumption by some Evangelicals that Palestinians do not exist!

The verdict by some Evangelicals that Palestinians, if they do exist, have no right to exist.

Some Evangelicals’ conviction that ‘Jews’ have the right to expel or drive out all indigenous Palestinians from the Land.

Christlike Evangelicals can help end the apocalypse, the Israeli-Palestinian Revelation.

The word apocalypse (Ancient Greek: ἀποκάλυψις apokálypsis, from ἀπό and καλύπτω), means revelation, literally meaning “an uncovering“). It comes from the Greek word apokálypsis, which means to pull the lid off something, a disclosure of great knowledge.

“Would you want to load up all indigenous Palestinians on flatbed trucks; those who are documented as Israeli citizens and those who are undocumented and ghettoized as stateless captives, subsisting in the occupied territories, not going anywhere; and, haul them away, with barely clothes on their backs, blistering under the burning desert sun, to perhaps an Israeli secret processing plant, to be gassed until death; and, the Israeli Defense Forces (IDF) grabbing the loot to be divided among all the winners of war, like the kibbutzim, Israel’s spacious farming communities, ‘built on the ruins of hundreds of Palestinian villages, ethnically cleansed; an occupation that has crushed the rights of Palestinians and caged them into ever-smaller holding pens?'”

According to the Israeli Information Center for Human Rights in the Occupied Territories, B’Tselem, reporting in ‘A Regime of Jewish Supremacy from the Jordan River to the Mediterranean Sea: This is Apartheid:‘

“More than 14 million people, roughly half of them Jews and the other half Palestinians live between the Jordan River and the Mediterranean Sea under a single rule.

The common perception in public, political, legal, and media discourse is that two separate regimes operate side by side in this area, separated by the Green Line. Inside the Modern-Israel borders, one power is a permanent democracy with about nine million Israeli citizens [which includes 2 million indigenous Palestinians]. [Neither the Israeli-Jews nor the Israeli-Palestinians have Israeli nationality. The Israeli nationality is still non-existent.]

Hundreds of thousands of Jewish settlers now reside in permanent settlements east of the Green Line, living as though they were west of it. East Jerusalem has been officially annexed to Israel’s [presumed] sovereign territory. [To all intents and purposes, Modern Israel has also annexed the West Bank to its supra-national state for Jews-only]

One regime governs the entire area and the people living in it, based on a single organizing principle: advancing and cementing the supremacy of one group – Jews – over another – Palestinians.”

Other Kind of Violence

Peter Beinart in ‘Who Really Supports Nonviolence?‘ talks about Robert Kennedy’s words about that “other kind of violence”: the “slow destruction of a child by hunger, and schools without books and homes without heat in the winter … the breaking of a man’s spirit by denying him the chance to stand as a father and as a man among other men.”

Beinart suggests: “Apply them to the Gaza Strip, which is subject to an Israeli blockade so sweeping that, according to the Israeli human rights group Gisha:

“Gaza residents may not bring a crate of milk into the Gaza Strip without Israeli permission.

A Gaza university cannot receive visits from a foreign lecturer unless Israel issues a visitor’s permit.

A Gaza mother cannot register her child in the Palestinian population registry without Israeli approval.

A Gaza fisher cannot fish off the coast of Gaza without permission from Israel.

A Gaza teacher cannot accept her salary unless Israel agrees to transfer tax revenues to the Palestinian Ministry of Education.

A Gaza farmer cannot get his carnations and cherry tomatoes to market unless Israel permits the goods to exit Gaza.

According to the United Nations, Gaza has become “unlivable.” Choking the economy with malicious intent, too, constitutes violence.

In March 2016, another Pew Research Study pitted the ‘more’ versus the ‘less’ Holier-Than-Thou-Chosen Few, but, chosen nonetheless.

Among the ultra-Orthodox (Haredi) and the less Orthodox religious (Dati), as many as 95 percent believe that ‘Jews deserve preferential treatment in Israel.’ [The ‘religious’ Jews – the Haredi and Dati – represent 35 percent of Israeli Jews.]

Two-thirds, or 66 percent of the Orthodox [religious] Jews, supports expelling Arabs [indigenous Palestinians] from the State of Modern Israel.

In contrast, the reverse prevails among secular Jews: Thirty-seven (37) percent are in favor of expulsion and 63 percent opposed; but, seventy (70) percent prefer preferential treatment for Jews over (non-Jew) citizens, vested in a so-called democracy for Jews-only.

“Significantly, while Orthodox Jews are less than a quarter of the Israeli population, including Palestinian Israeli citizens, they comprise almost two-fifths of those who voted for the parties in the current Israeli government. [Combined] with the secular right-wing Jewish voters, a vast majority of the electorate who support this government wants to expel or transfer Palestinians from Israel, and almost all believe that Jews should get preferential treatment.” (* Chapter 4: Tafasta Merube lo Tafasta (If you grab too much, you’ve grabbed nothing); Sub-chapter 4.16: But Chosen, Nonetheless; Page 106; Kindle Locations 2026-2038).

If anything, the Study exposes reveals human frailties and fragilities, man’s worst savage nature, propagated by fear of fear, and driven by ‘what’s mine is mine, what’s yours is mine also,’ stemming from Israel’s ghetto mentality, a heritage not yet shed.

This explains why Israel governs under semi-martial law; why a half-hour away from where most Israelis live, work, and play, communities are turned into prisons; why a military medic murders a wounded man in semi-coma by shooting him, while down, in the head, an extrajudicial execution in cold blood; why those in Gaza are not allowed to evacuate during rains, not just reigns, of terror and why supplies are withheld while people are suffering or dying, lacking medication; and why terror for and against perpetrated by either or both with the inevitable repercussions of reprisals, reigns.

Blood begets more blood fortifying the Palestinian resolve to regain their dignity; and, the world is enraged, and Israel, including its Diaspora, is split apart. (* Chapter 4: Tafasta Merube lo Tafasta (If you grab too much, you’ve grabbed nothing); Sub-chapter 4.17: A World Enraged – Israel Split Apart; Page 107; Kindle Locations 2038-2046).

A Catalytic Thrust Toward Trust!

What’s In a Name If It’s the Same?

‘Holland’ and ‘The Netherlands’ are one and the same; two different names, same country, the densest populated nation in the world; inhabited by a diverse populace who are still dealing with all the ups and downs of coping with each other. Nonetheless, sharing a tiny piece of earth, the Dutch have created one of the highest living standards. The Israelis and the Palestinians could be as successful, if not more. Instead, Israel is but a state on the dole, dependent on foreign aid to finance, viewed by many as Israel’s Final Solution, to annex more Land for Jews-only, ‘cleansed’ of the indigenous natives. (* Prologue: Let’s Get Radical – Be Kind; Sub-section: A Catalytic Thrust Toward Trust; Page 16: Kindle Locations 120-129).

Read more: ‘A Regime of Jewish Supremacy from the Jordan River to the Mediterranean Sea: This is Apartheid.‘