Why ‘Till Kingdom Come?’ Why Not Now? 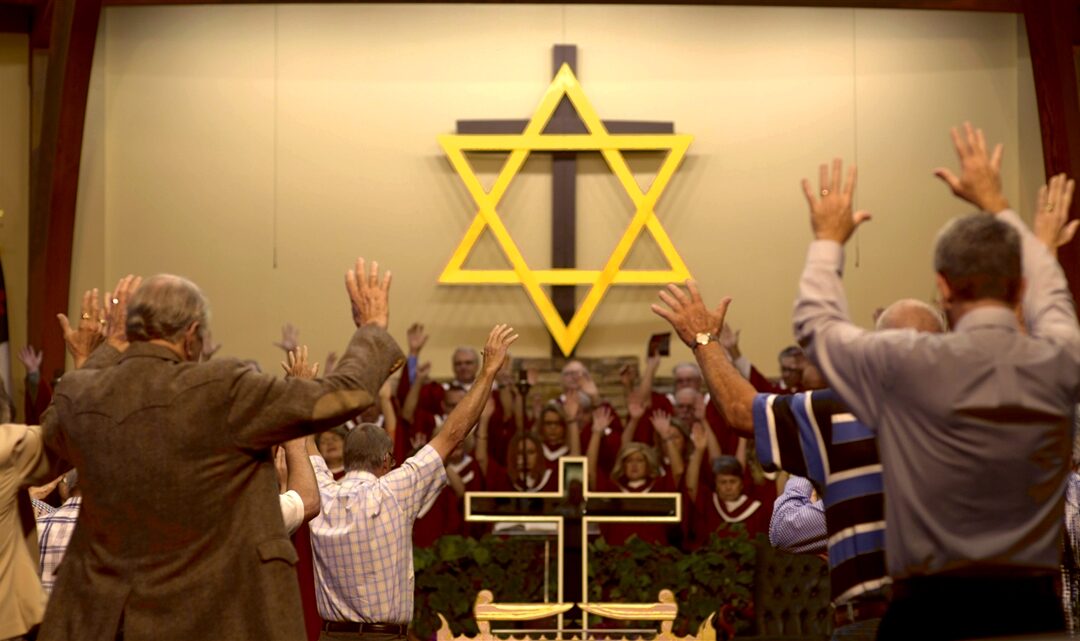 In response to ‘Israeli Filmmakers Put AIPAC and U.S. Evangelicals Under the Spotlight – and Are Alarmed at What They Find,’ let’s delve into why the 70 million US-based Evangelicals with their 600 million followers worldwide fanatically fix their preoccupation on Modern Israel. For many Evangelicals, their obsession is for possession, a feeling of belonging to the ‘ancient’ land, and the original Israelites; except, Modern Israel is NOT Ancient Israel and the Jews today are NOT Ancient Israelites.

“Evangelicals like those in Binghamton,” as depicted in ‘Till Kingdom Come,’ “have little use for discussions on the occupation or Palestinian rights, the topics that are eroding support for Israel within America’s Jewish community. Their interpretation of the gospel dictates that the entire Land of Israel belongs to the Jews by divine right, period. This stand has endeared them to the Israeli political right, particularly the settler movement.” “‘Til Kingdom Come,’ examines a radically different U.S.-Israel partnership – one that isn’t built on the shifting sands of democracy but the religious bedrock of biblical prophecies,” says director Maya Zinshtein.

“The troubling thing for me is the expressly stated view that Christian teaching requires Christians today to take specific political positions regarding Zionism, the modern state of Israel, and its conflict with Arabs and Palestinians,” proclaims Palestinian Christian Jonathan Kuttab in ‘Questions to Christian Zionists.’ Mr. Kuttab, a Human Rights Attorney, based in Jerusalem, concludes his remarks with:

“I am a pacifist and understand Jesus’ teaching as prohibiting me from killing my enemies. Even those Christians who justify war and violence in national conflicts and wars still recognize war to be wrong and peace to be a Christian virtue.

Yet in the Middle East today, peace, if it is to come at all, will require major concessions by both sides, including the abandonment of the apartheid system of settlements and abandonment of ‘Jewish sovereignty’ over all or most of the territories occupied in 1967.

But if these territories were biblically mandated and promised to ‘Jews’ as Christian Zionists proclaim, then should we as Christians work hard to oppose ANY peace or peace negotiations, and insist on maximalist positions by Israel requiring it to keep all the land of Israel, and keep its non-Jewish population disenfranchised ???? That seems the logical consequence of Christian Zionism. What does this do to Christian teachings about being a peacemaker??

‘Blessed are peacemakers for they shall be called children of God’ (Matthew 5:9). Can it be that God wants us as Christians to be actively opposed to peace and peacemaking under these conditions?

In concrete political terms, Christian Zionists seem if anything to be eager for Armageddon, rather than seeking peace, let alone justice.”

How are you doing? I hope you are well.

I recently finished your book. I have a much better understanding of who the Palestinians are as a people.

So, Jesus was talking with their ancestors when He spoke to the Samaritan woman at the well and the people in the nearby village.

I can’t imagine Jesus wanting us to force the Samaritan woman’s descendants to become refugees.

It’s not about physical real estate. It’s about the Kingdom of Heaven, which you rightly point out, has no borders.

I look forward to meeting you in person.

“We are sojourners (gerim) before you, transient tenants (ve-toshavim) like all our ancestors (I Chronicles 29: 15)” … “without future prospects in this world …

That is, unlike God, no humans can truly own anything or any place in this world, because we are all mortal creatures; here today and gone tomorrow (Psalm 49: 7-13).” 30 Thus, King David states, “everything is Yours [belongs to God] (I Chronicles 29: 16).”

The Torah clearly stipulates: “There shall be one civil law (mishpat ehad) for both the sojourner (ka-ger) and the native-born (ka-ezrah), for I am the Lord your God (Leviticus 24: 15-23).” To paraphrase God, “Co-existence among people demands equal rights” (Prologue: Let’s Get Radical – Be Kind; Sub-section: Here Today Gone Tomorrow (Psalm 49: 7-13; Page 24; Kindle Locations 324-329).

Read more: ‘Israeli Filmmakers Put AIPAC and U.S. Evangelicals Under the Spotlight – and Are Alarmed at What They Find.’