Equality – Too Much to Ask? 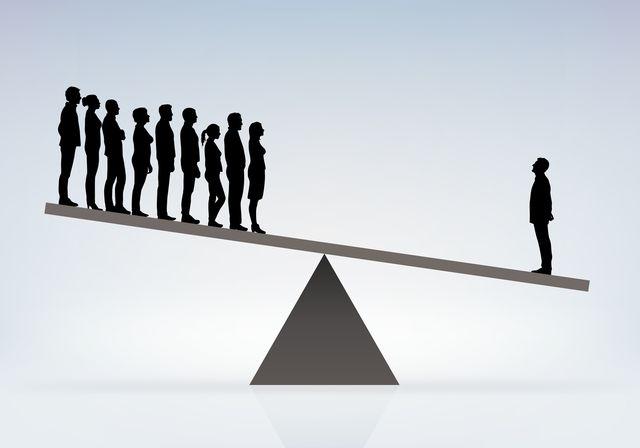 What does Jesus say about ‘One People, One Land, One God?’

‘ALL people, ALL nations, One God!’

There are 15 to 20 million Jews alive today. Approximately 6 to 8 million of all Jews would settle for a one-state solution. Seventy-two percent of all Jews want to get on with their lives. They want peace.

What about the 2.2 billion Christians? Approximately 134 million Evangelicals from around the world would shout “hell o” to equality in the Holy Land. “God,” they say, “have ordained modern Israel to be a supra-national state for Jews-only.”

When it comes to the Israeli-Palestinian Quest to Co-Exist, try separating the theology – the three Abrahamic Faiths, Judaism, Christianity, and Islam – from the geopolitics!

On one side, a volatile cocktail fuels the fire that inflames the defining feud in our times.

On the other, lies the prophetic ideals, carved in stone of an ancient faith proposing but not imposing the truth and the way, the blessings, of living side by side, our only hope.

British Journalist, Jonathan Cook lauds Peter Beinart in ‘Liberal Zionism Begins to Take the Journey Towards a One-state Solution,’ as “a bellwether for American Jews. He has provoked a storm by renouncing the two-state solution and urging equality for all.”

Without the Americans on board, and I don’t mean American Jews, I’d say, “Good Luck!”

“Judging by the fast-changing political discourse on Palestine and Israel, the many opinion polls, and the electoral successes of anti-Israeli occupation candidates in national and local elections, one is compelled to say that AIPAC’s tight grip on US policy is finally loosening.”

“On June 25, a whopping number of nearly 200 Democratic House members, including some of the most staunch supporters of Israel, called, in a letter, on Netanyahu and other top Israeli officials to scrap their plan to illegally annex nearly 30 percent of the West Bank.

‘We express our deep concern with the stated intention to move ahead with any unilateral annexation of West Bank territory, and we urge your government to reconsider plans to do so,’ the letter said, in part.

While the wording of the letter was far from being dubbed ‘threatening’, the fact that it was signed by stalwart Israeli allies, such as Florida Congressman, Ted Deutch and Illinois Congressman, Brad Schneider, speaks volumes about the shifting discourse on Israel among the center and even conservative corners of the Democratic Party.

Among the signers were also prominent figures in the Democratic establishment, like Congresswoman Debbie Wasserman Schultz and House Majority Leader, Steny Hoyer.

Rep. Alexandria Ocasio-Cortez issued another letter on June 30, this time addressed to US Secretary of State, Mike Pompeo. Unlike the first letter, the second one was assertive and markedly daring.

‘Should the Israeli government continue down this path (of annexation), we will work to ensure non-recognition of annexed territories as well as pursue legislation that conditions the $3.8 billion in US military funding to Israel to ensure US taxpayers are not supporting annexation in any way,’ the letter read, in part.’

The likes of Ocasio-Cortez are, themselves, a byproduct of the generational and, likely, irreversible change that has taken place among Democrats over the years.”

My friend, Sam Bahour, says it like it is in ‘Time’s Up Israel – GET YOUR KNEE OFF PALESTINE’S NECK!’ “The timer on Israel is now ticking. While Israel historically put Palestinians on the slow burner, gnawing at their lands and livelihoods, the world turned a blind eye. Those days are over.

Israelis must now choose, allow the state of Palestine to emerge, or have it imposed upon them. The traditional options of two-states vs. one state of Israel without equality for all its citizens have passed long ago. Israelis can accept Palestine in all the occupied territory of the West Bank, including East Jerusalem, and Gaza Strip, or ultimately be forced to accept Palestine from the river to the sea.”

The British organization, ‘Jews for Justice for Palestinians,’ of which I’m a proud member, recounts Israeli atrocities, in ‘Is Israel Uniquely Evil?’ Most Christians, when visiting the Holy Land and walking the footsteps of Jesus, deny the realities on the ground:

“As a result of the siege, ‘97% of the water in Gaza is now unfit for human consumption; according to Sara Roy, Senior Research Fellow at Harvard University’s Centre for Middle East Studies, this means that ‘Innocent human beings, most of them young, are slowly being poisoned by the water they drink and likely by the soil in which they plant.’

Furthermore, according to Amnesty International, Israel is ‘the only country in the world that automatically prosecutes children in military courts that lack fundamental fair rights and guarantees’ (the military courts have a 99% conviction rate).”

The New Covenant 1) frees Modern Jews from their Jews-only, ancestry-ghetto-mentality; 2) renounces Modern Israel’s obsession for possession of a Land once promised and fulfilled; and 3) refutes Modern Israel’s proclamation: “What is mine is mine, what is yours is mine also.”