Ignorance or Arrogance … Why? 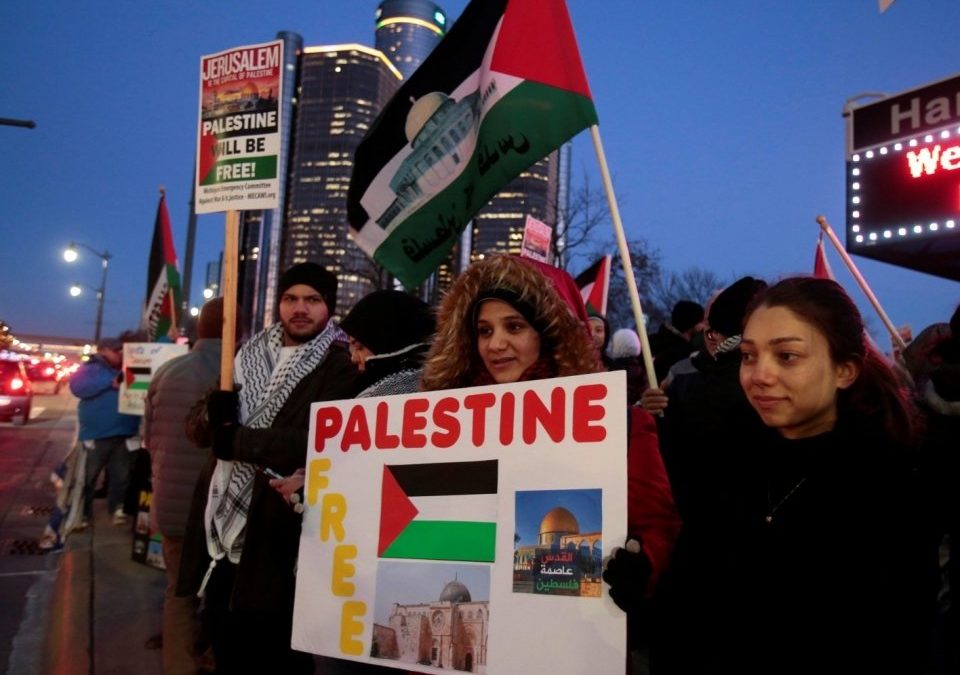 Shibley Telhami, author of ‘What Americans Think About the Looming Israeli Annexation and Trump’s Middle East Plan’ alludes to America’s ignorance, if not cluelessness when it comes to grasping the on-the-ground Israeli-Palestinian realities:

“Needless to say, the American public has not followed Trump’s Middle East plan closely, with 70% of respondents saying that they are either ‘unfamiliar’ or ‘not very familiar’ with the plan.

This also applies to evangelical Christians, who tend to support Israeli annexation more than other Americans.

As one evangelical leader put it, the issue of Israeli annexation ‘would have great resonance with most evangelicals’ under different circumstances, but given other issues dominating the national dialogue, there is little if any ‘interest or attention being paid’ to annexation ‘by American evangelicals at the grassroots level.’ Evangelicals at the grassroots are not driving Trump’s decision on this issue, and they are unlikely to base their support for Trump’s reelection on what he does on it.

The same could be said about the upcoming 2020 election more generally. It’s improbable that the Israeli-Palestinian conflict will play a significant role, given everything else that Americans now face. The main story is to be found in the attitudes of Democrats.

The strong opposition to annexation, and the pervasive sense that Trump’s plan is too favorable to Israel, adds to other recent findings suggesting a shift taking place — one that could be solidified by Israeli annexation of West Bank territories. In an October poll, for example, we found that 66% of Democrats back sanctions or more robust measures against Israeli settlements; in a March poll, we found that 81% of Democrats say it’s ‘acceptable’ or even the ‘duty’ of members of Congress to question the U.S.-Israeli relationship.

Recent Democratic primaries may point to the consequences: In New York’s 16th District, progressive candidate Jamaal Bowman unseated long-time Congressman Elliot Engel, who has been one of the most reliable supporters of Israel in Congress. One remarkable thing about that race is that Bowman made an issue of Engel’s support for Israel and his lack of support for Palestinian rights. Polling suggests annexation will likely energize Democratic critics of Israel further.”

I’ve read twice ‘The Unmaking of Israel’(scroll down in ‘bookshop’) by Israeli historian and journalist, Gershom Gorenberg. Phenomenal! He wrote about the burning of Olive groves:

“The ripening of the olives,” so they claim, “provides the opportunity to fulfill Moses’ command to the twelve spies he sent into Canaan, ‘Be strong and take from the fruit of the land.’ The way to show who has title to the Land of Israel is to ‘bring its good fruit’ from its ‘temporary’ occupants (the indigenous Palestinians) to its ‘true owners’ (the Jews).”

Gorenberg continues: They are brainwashed to believe, “all the soil of the Land of Israel and all the trees belong to the Jewish people. By taking the fruit, Jews [invent the myth they] are ‘returning’ what has been [ostensibly] stolen to our own hands and not stealing from others.”

War is in progress. “One of the crucial means to victory over is to drive out our enemies from ‘our’ land by harming ‘their’ property. I guess, with enough determination, an interpreter of sacred texts can turn them inside out, making a sin into an obligation.

They rationalize a blatant act of theft as reclaiming one’s property. Modern Israel also ignores an ancient and well-known rabbinic gloss on the disagreement between the shepherds of Abraham and his nephew Lot in the book of Genesis.

Lot’s men,’ the tradition says, ‘grazed his herds in fields owned by Canaanites, rationalizing that God has promised the land to Abraham’s descendants. But Abraham rejects that excuse.’ The story teaches that a divine promise for the undefined future cannot justify theft from the land’s here-and-now inhabitants.”

What sort of human being could be formed during a life replete with acts of organized theft and oppression, vindicated by the state and validated by the rabbis?

Heathen Zionism, a confluence of corrupt Judaism contaminated by the religious ultra-nationalist Pharisees and fused with unscrupulous governance, pervert the souls of those who practice it and support it.

How do a people liberate themselves from the pleasures of oppression?

“Step by step,” says Gorenberg, “by abandoning the roles, functions, and benefits one is provided within the process of becoming Israeli!”