The Promised Land … A Land Without Borders 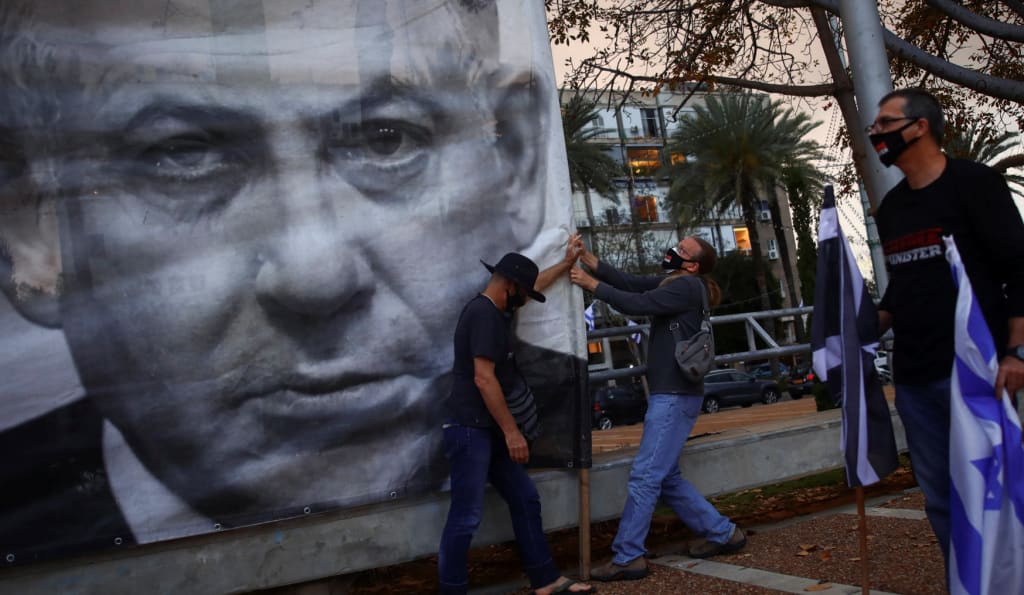 10Be strong in the Lord and his mighty power …

Unless you’re Spirit-filled, and I mean overflowing in His Spirit; and, unless you’re on fire, and I mean purified by fire; and, unless you can make God Look Good; and, I mean you share the Good News about the Kingdom (Matthew 24: 14); in short, “unless 11you [can] put on the full armor of God – and I mean – so that you can take your stand against the devil’s schemes,” LEAVE THE MODERN STATE OF ISRAEL ALONE!

Surrender Modern Israel to God! 12 “For our struggle is not against flesh and blood, but against the rulers, against the authorities, against the powers of this dark world and against the spiritual forces of evil in the heavenly realms” (Ephesians 6:10-18 New International Version (NIV).

And, now, please permit me to be frank. Brace yourself. It might hurt.

Don’t set foot in modern Israel-Palestine, if you advocate Israeli atrocities against the indigenous Palestinians. Your walk will be in the footsteps of evil, not in the footsteps of Jesus. If you favor the Joshua of 4,000 years ago, STAY AWAY or GET OUT! Stop adding fuel to the fire! Put an end to fanning the winds of war!

Instead, obey the Joshua (Hebrew: יְהוֹשֻׁעַ Yehoshuʿa) of 2,000 years ago. His name in Aramaic, the language of Jesus, is Yeshua Hamashiach –  ‘Jesus the Messiah,’ the ‘Anointed One,’ ‘Salvation,’ ‘Prince of Peace, God’s Holy Spirit. What does the New Testament – Jesus – say about ‘One People, One Land, One God?’ The New Testament ‘in-gathers and redeems’ ALL people, not just one tribe; and, ALL the nations, not just one state; indeed, glorifying the one ‘I Am’ with many names, including but not limited to, the Hebrew Hayah asher hayah, ‘I Will Be Who or How or Where I Will Be,’ or Eloah and Allah, its Arabic sound-alike.

Our New Covenant 1) frees Modern Jews from their Jews-only, ancestry-ghetto-mentality; 2) renounces Israel’s obsession for possession of a Land once promised and fulfilled; and, 3) refutes the Israeli decree: ‘What is mine is mine, what is yours is mine also.’ Above all, the New Testament unambiguously commands Christians to be Christ-like. (*Page 87; Kindle Locations 1614-1623).

To Shimone’s question: “Does Jesus have a pure race theory,” Jesus answers “NO” (John 4)! The Good News about the Kingdom of God is for Jews and Gentiles, including today’s Samaritans, the Palestinians. Modern Israel is never meant to be solely a supra-national state for Jews-only. Through Jesus, “the people of God are a creation of God’s Spirit, not a matter of pure race, blood, and ancestry.” If there were an authentic prophetic link connecting Modern Israel to Ancient Israel, Jesus Christ, God in the flesh, would have foreshadowed this revelation.

Salvation, as depicted in the ‘New Testament,’ speaks of a new spirituality, a new orientation to worshipping God. It is the Good News, an unparalleled heavenly sanctuary of the spiritual kingdom of God in the heart, that offers an incomparable priesthood in Christ and grander promises for both Jew and Gentile (Hebrews 8: 6, 10, 13). Peter, the Apostle, boldly takes the words given to Israel at Sinai and applies them to the ‘other’ people of God, the Gentiles:

“But you are a chosen people, a royal priesthood, a holy nation, God’s special possession, that you may declare the praises of him who called you out of darkness into his wonderful light. Once you were not a people, but now you are the people of God; once you had not received mercy, but now you have received mercy” (I Peter 2: 9-10; Exodus 19: 4-6) (*Pages 32; Kindle Locations 479-491).

Ironically, today’s ‘Samaritans,’ living in the West Bank and Gaza, now cruelly maligned by their Israeli overlords, are dispossessed and displaced from their land. They are captives in their own country, interred behind iron walls in some of the most inhuman concentration camps on earth. The corrupt, amoral, and devious atrocities perpetrated by a revolting minority that tyrannizes the majority, desecrate all that is noble and good in our Abrahamic Faiths, the source of Human Decency. We, Jews, know better. It is against our Judaic conscience to steal and kill and destroy.

Today’s Israeli modus operandi defies the teachings of Jesus and His disciples (*Page 87-88; Kindle Locations 1632-1636). Most Israeli Jews no longer believe in God. But many still defend the myth of a promised land, albeit behind iron walls. They’re locked inside their boundaries, also ensnaring many Christians line, hook, and sinker. Several millennia ago, in ancient Egypt, the House of Israel endured such bondage. And like Pharaoh, then, many Christians today just can’t and won’t “let my people go.”

The Promised Land, the land without borders, is the Kingdom of God on earth as in heaven.

To be continued next week, ‘why nothing is more anti-Semitic and anti-Christian than Pagan-Zionism.’

Read more: ‘Netanyahu Can’t Sell the Idiocy of Annexation to U.S. Jews, So He Went to the Evangelicals’