A Race to the Next Stoplight … or Why the Rush to Nowhere? 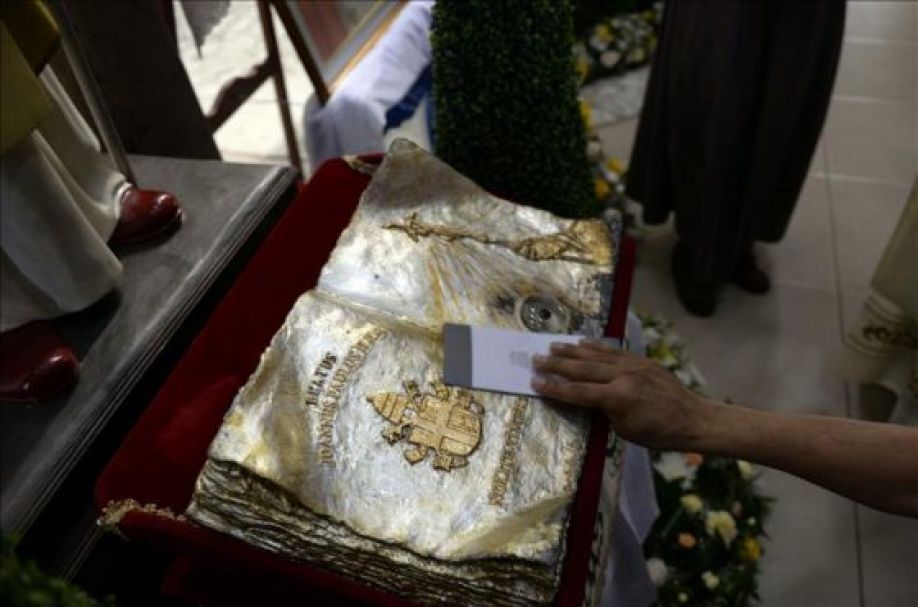 “In the name of the One, who for love gave his life for the liberation and redemption of all men … ” exhorts Saint Pope John Paul II in ‘In Nicaragua with Christ in Peace,’ “I would like to give my contribution so that the sufferings of innocent peoples in this area of ​​the world may cease; to end bloody conflicts, hatred and sterile accusations, leaving room for genuine dialogue; a dialogue that is a concrete and generous offer of a meeting of good wills and no possible justification to continue promoting divisions and violence.”

“When Jesus saw Nathanael coming to him, he said about Nathaniel, ‘Here is a real Israelite; there is nothing false in him!’” (John 1: 47 GNT).” Nathanael, not a schemer like Jacob, not prone to trust in his guile and cunning is like the renewed ‘Israel,’ who struggles with God in faith and experiences His blessings. Nathanael is typical of “the lost sheep of the house of Israel” – the believing remnant (mixed breed) of Israel, most likely an ancestor of many indigenous Palestinians in Israel-Palestine today. In Nathaniel, we realize that faith, not a pure Judaic pedigree or ancestry, is what brings the salvation and blessings of God (*Page 109; Kindle Locations 2113-2116).

Covid-19 has made us stop to realize that life isn’t a race to the next stoplight, a rush to nowhere. We’re here for God’s purpose. It’s impossible to be His witness if, directly or indirectly, we’re embroiled in war.

Serendipitously, on May 4th, 2016, the eve of Holocaust Memorial Day, Israel’s Deputy Chief of Staff, Major General Yair Golan spoke at Israel’s Massuah Institute for Holocaust Studies. Ori Nir from ‘Americans for Peace Now’ reported: “He called for national introspection” and evoked a dark time in the history of the Jewish people and riveted his listeners to engage in soul-searching.”

Every European, Germans in particular, can relate to the words uttered by General Golan as he compassionately addressed the Israeli people everywhere: “The Holocaust, in my opinion … must lead us to a deep reflection on the responsibilities of leadership, and on the quality of society. It must lead us to think thoroughly about how we – here and now – treat the foreigner, the widow and the orphan, and those similar to them.

The Holocaust must lead us to think about our public life, and even more so, it must lead all those who can—not just those who want—to bear public responsibility. Because if there is something that scares us about the memory of the Holocaust, it is identifying nauseating processes that occurred in Europe in general and Germany in particular, 70, 80, and 90 years ago, and finding evidence of their presence here among us, today, in 2016.

For there is nothing easier than hating the alien. Nothing is easier and more simple than provoking anxiety and horror. Nothing is easier and simpler than brutalization, jadedness, and self-righteousness. On Holocaust Memorial Day, it is appropriate to discuss our own ability to uproot from our midst signs of intolerance, signs of violence, and self-destruction on the path toward moral deterioration” (*Pages 109 – 111; Kindle Locations 2123-2140).

In her own words, Member of the Knesset, MK Haneen Zoabi, reportedly the most militant spokesperson for Palestinian rights in the Knesset, spoke freely about what matters most:

“How can you teach the lessons of the Holocaust when you don’t discern the frightening similarity between what is happening today all around us, and what happened in Germany in the 1930s?

Out of respect for the Holocaust, its victims, and its lessons, I appeal to you and beg you to deal critically with the Israeli usage, which exploits and minimizes the Holocaust; to educate Israelis to critical thinking and moral awareness; and to open their eyes to the ongoing oppression of the Palestinian people” (*Page 111;  Kindle Locations 2161-2169).

For many, certainly for my late mother, the concentration camp has been a breeding ground for compassion and tolerance (*Page 95; Kindle Locations 1769-1770). “We were more human in camp … we cared for each other … our lives were falling apart yet we fell into each other during moments of greatest suffering …” (*Page 113; Kindle Locations 2187-2188).

What if the Israelis rediscover themselves and build the Zion of my parents’ dreams, a heaven on earth, a Zion belonging to all of Abraham’s descendants, all of God’s children, the God of all mankind? In this light, they can and will destroy their enemies by becoming friends with all the give and take to make and keep the friendship? The collective memory of NEVER AGAIN, the Israeli credo so genetically encoded in their collective history and hysteria, can be changed from “we will fight to the end if we must …” to “do what’s right,” as stated by Israel’s Deputy Chief of Staff, Major General Yair Golan (*Page 110; Kindle Locations 2140).