Let’s Get Radical … Be Kind – Revere the Stranger 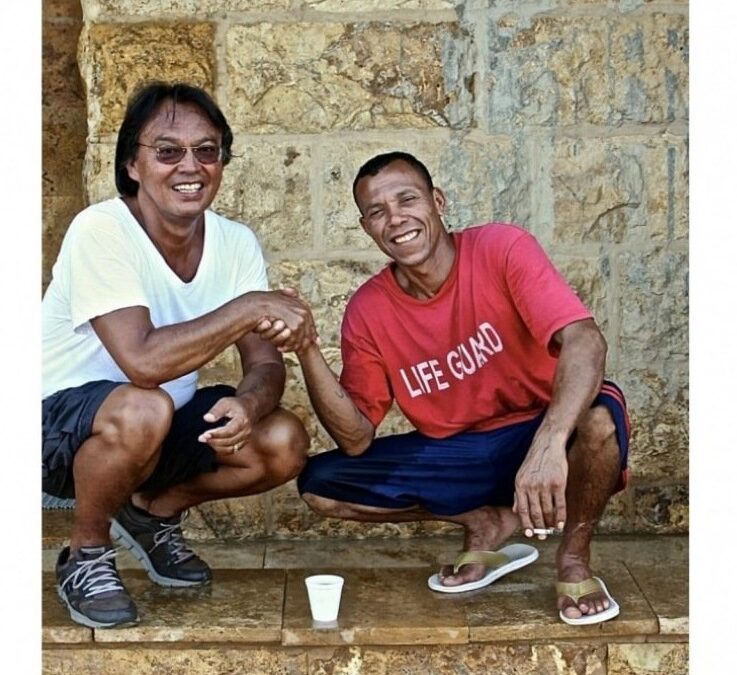 “Can we quietly Cross the Boundary of Life and Find New Meaning in Our Tangled Roots of Our Combined Histories?” (A whisper of hope from American poet, Dario Robleto)

Can and will the GOOD Israelis and the GOOD Palestinians destroy their enemies by becoming friends with all the give and take to make and keep the friendship? (*Pages 15; Kindle Locations 99-120).

As stated by Rabbi Michael Lerner, in ‘Embracing Israel/Palestine:’ “The task is no longer a question of ‘who is right’ but to focus on building a path that will be best served for all …”

Yet, a Pew Research Center’s study in March 2016, arguably ‘upholds’ that nearly half of all Israeli Jews want Palestinians expelled from their midst. No one has bothered to ask: ‘where to?’ (*Pages 105; Kindle Locations 2001-2009).

So, what if the question is rephrased to reach the soul of every Jew, religious (35%) or secularist (65% of all Israeli Jews):

“Would you want to load up all of Israel’s Palestinians on flatbed trucks; those who are documented as Israeli citizens and those who are undocumented and ghettoized as stateless captives, subsisting in the occupied territories, not going anywhere; and, haul them away, with barely clothes on their backs, blistering under the burning desert sun, to perhaps an Israeli secret processing plant, to be gassed until death; and, the Israeli Defense Forces (IDF) grabbing the loot to be divided among all the winners of war, like the kibbutzim, Israel’s spacious farming communities, ‘built on the ruins of hundreds of Palestinian villages, ethnically cleansed; an occupation that has crushed the rights of Palestinians and caged them into ever-smaller holding pens?’”

What a painful memory of horror that only victims can feel and share, victims on all sides. (*Page 106; Kindle Locations 2010-2017)

Despite Israel’s lethal arsenal, it goes against Israel’s collective conscience to sentence the Palestinians to a Final Solution. There is also good in the Israeli character. For many, certainly for my mother, the concentration camp has been a breeding ground for compassion and tolerance.

The GOOD on all sides of the Divide prevail. (It is so common it doesn’t make headline news). Come and experience our hospitality! Whether you visit Jew or Palestinian, you will feel at home. We’ll just add more chairs around the table to honor your presence.

You’ll be as blessed reading my short article, ‘Revere the Stranger,’ as I am blessed writing it. The Times of Israel carried it as the Times has published all, but one, of my submitted articles.

The GOOD is deeply imbedded and ingrained in our collective consciousness. Nothing can be more ironic than that, in our times, Jews and Palestinians are not breaking as much bread together as they should. Don’t you think Christians can and should help build the bridge to mend their differences, rather than burning bridges by fanning the winds of war between them?

PLEASE MAKE SURE you order the 2nd edition, published in 2019,  available from our book shop.