A Peace Plan That Does Not Bring Peace 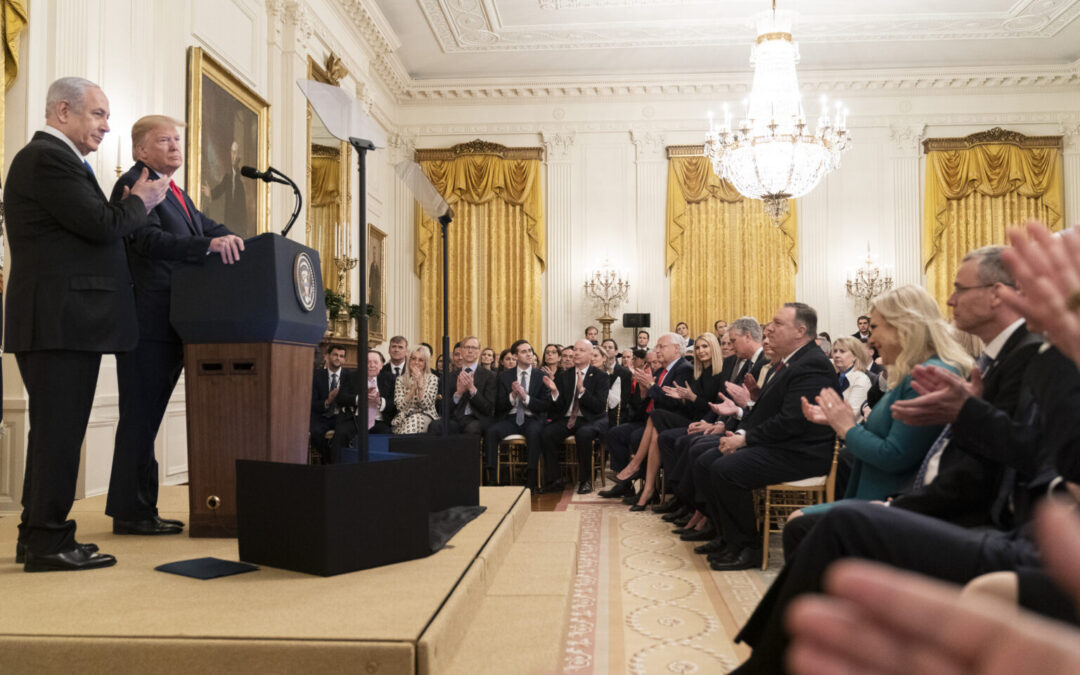 “If one in our times is tempted by false myths, he or she has no eye for the living riches and the hope hidden in creation, the wonderful gift of divine providence for all mankind.”

In support of Craig Murray’s article, “Trump’s ‘peace deal’ for Israel is ludicrously one-sided and reads as pure, unadulterated Zionist propaganda,” I’d like to give the floor to the National Council of Churches, Washington DC, as per their article, “A Peace Plan That Does Not Bring Peace,” posted on 3 February 2020:

They have treated the wound of my people carelessly,
saying, “Peace, peace,”
when there is no peace

President Trump’s proposed Middle East ‘peace plan,’ titled “Peace to Prosperity,” will not bring peace nor is it a realistic plan. Instead, his proposal – formulated with Israel without Palestinian participation – ensures violence, continued animosity, and further encroachment by Israel on land that belongs to the people of Palestine.

It is for those reasons that the National Council of Churches of Christ in the USA (NCC) calls upon the international community to take up the mantle of brokering an agreement that brings peace and security to Israelis and Palestinians without trampling upon the rights of either.

For many years, the NCC has joined in supporting a two-state solution, the right of refugees to return to their homes, the dismantlement of the settlements, and the establishment of Jerusalem as a shared international city. This latest plan, developed without input from Palestinians, does not move us toward peace or resolve conflict in the region.

In order to be viable, a nation must have contiguous land with populations secure in their borders and in control of their destiny. The current peace deal does not offer this. The illegal Israeli occupation of Palestinian territory has become normative, both Israeli and Palestinian societies have become restive, and the dream of peaceful coexistence side-by-side has all but extinguished.  Nothing about the new Trump peace plan breathes life into the hope for justice and peace.

Instead of bringing both Palestinians and Israelis to the negotiating table, the Administration has worked only with the Israelis.  Rather than mapping out an authentic Palestinian state, the architects of the plan have put forth a map recognizing Israeli-imposed “facts on the ground” and granting Palestinians the remaining pockmarked non-contiguous territory, which resembles a block of Swiss cheese more than a nation-state.  The plan reinforces the indignity by offering the Palestinians a $50 billion payoff to do what they can to accept this untenable “solution.”

We urge all parties to get back to the hard work of creating a real plan for justice and peace. This land and all the people who live there deserve no less.

NCC Laments Opening of US Embassy in Jerusalem

A Message Following the National Council of Churches’ Pilgrimage to the Holy Land, September, 2017

Statement by General Secretaries Rev. Dr. Olav Fykse Tveit and Jim Winkler given at the NCC/WCC Consultation on the Holy Land