The Dual Democracies Initiative (DDI) … Toward A Beloved Community 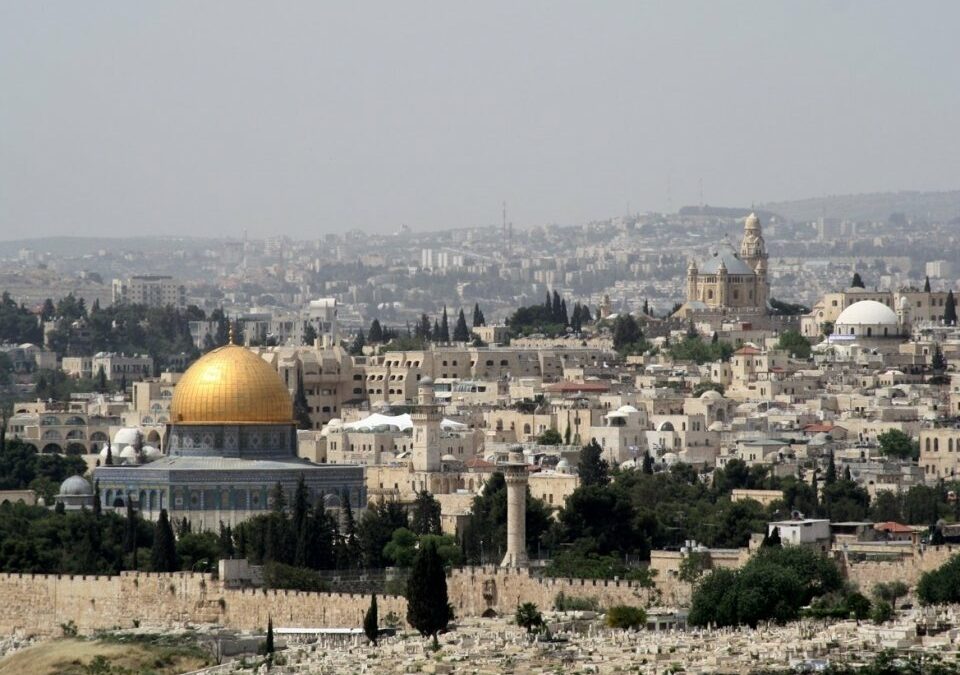 In deference to and in support of Dr. George E. Assousa’s ‘Dual Democracies Initiative (DDI),’ let’s galvanize the world to effectuate this dream. His article, Jewish Citizens in a Future Democratic Palestine?, further elaborates his brainchild. It fits hand-in-glove, like the final piece in a puzzle, that can facilitate peace at the end of the finish line. Actually, it’s the spice that’s been lacking. DDI makes peace palatable, sustainable. Its core is centered around freedom of movement inside two borderless zones, a two-state solution with dual democracies that might gradually evolve into one democracy. Who knows? Let the chips fall where they may, one life-changing and one life-giving step at a time.

“My heart still beats with memories of my beautiful home in Jerusalem, but my mind—trained through physics to deal with concrete facts—tells me that, unfortunately, history in Palestine cannot be reversed. The future, on the contrary, is in our hands.

With a view to freeing ourselves from the quagmire, I therefore converted those ideas into a fully-fledged framework for final status negotiations and a track-two initiative in the form of the Dual Democracies Initiative (DDI).

In short, DDI is a mutually supportive Israeli-Palestinian two-state formula. It calls for the co-existence and mutual recognition of two peoples across two independent, pluralist, and democratic states, Israel and Palestine, on a reciprocal minorities structure, Palestinian Arabs in Israel and Jewish people in Palestine, preserving the two states’ respective majorities and national characters.

On the one hand, DDI meets Palestinian sovereignty needs. And on the other hand, it meets Israeli security needs, as well as expectations relating to the acceptance of the Jewish presence in Palestine and the recognition of the Israeli state as the homeland of the Jewish people.

DDI is the only proposal that offers a truly sustainably secure future for both sides. This is because security can only be effectively guaranteed with the following components in place: mutual acceptance, accommodation, and support; effective sovereignty for both sides; the right political and social infrastructure for highly functioning modern, integrated, and cooperative economies on both sides of the border; and effective implementation of the rule of law within such framework.”

Any peace accord, minus full reconciliation, including restitution, will inevitably collapse. The wounds will be temporarily soothed, letting the disease to stealthily spread and eventually erupt and explode again. The EU-Complement to the Arab Peace Initiative outlined below can make a sustainable difference. “We cannot give up on the search to end this conflict,” says President Obama in a letter addressed to me dated 16 August 2016.

Dr. Assousa’s DDI catalytically and creatively integrate the best of all the peace initiatives, including the Arab Peace Initiative and those catechized by the United Nations and the European Union as well as the Russian Federation, Iran, and the United States. Within this context, DDI could help the people of Israel- Palestine to democratically form, what Dr. Martin Luther King, Jr. has coined, a ‘Beloved Community.’ They have been in each other’s back yards for millennia, some physically, most spiritually.

Permit me to posit a possible structure, a 10-point blueprint, to uphold Dr. Assousa’s proposed and celebrated Dual Democracies Initiative. In my book, ‘Christian Zionism … Enraptured Around a Golden Calf,’ I’ve outlined this idea as the ‘Eu-Complement to the Arab Peace Initiative.’ (*Pages 138 to 140; Kindle Locations 2760-2810) Now, it’s enriched with the ingredients of DDI, inevitably a beginning to a yeasty start, similar to the fixings that cause bread to rise.

A unified people must initiate dialogue first with Europe to:

In short, Modern Israel can and will win its war precisely how Germany has won its war: by freeing itself from its chains of bondage.

“DDI offers a solution based on the foundational principle that if Israelis, Palestinians, Jews, and Arabs are going to have to live together, they should learn to benefit from each other. Its intellectual foundations reach down to the 1947 Partition Plan and have sparked the interest of figures such as F.W. de Klerk. All other options have failed, and with the peace process ominously locked in reverse, it should be given a chance.”