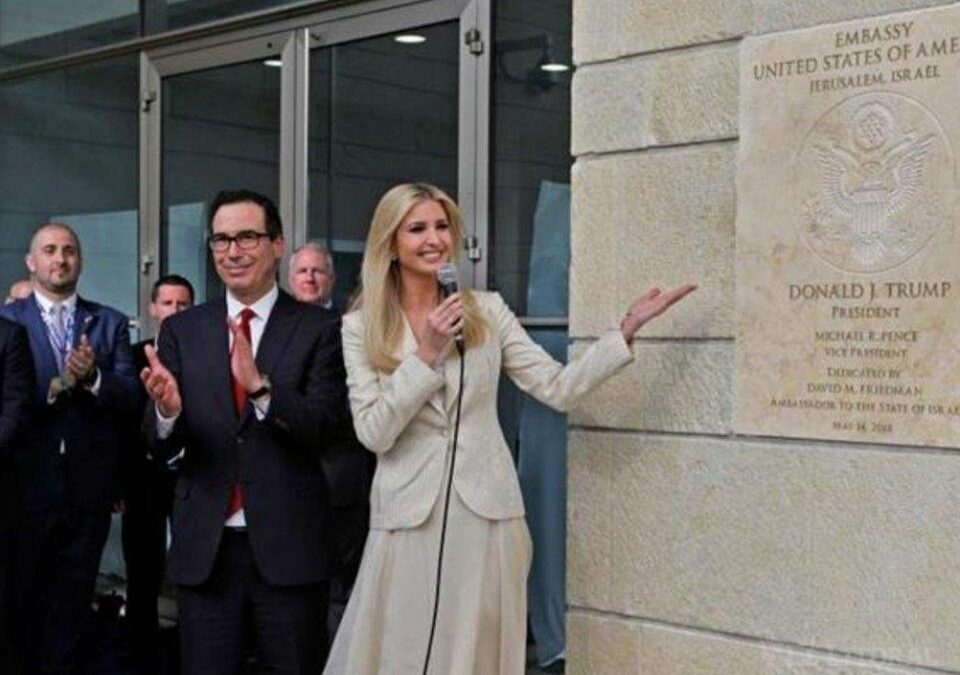 Thank you Mr. Khalil Shikaki, director of the Palestinian Center for Policy and Survey Research in Ramallah, for your insights expressed in your article, ‘The Limits of European Influence in Palestine and Israel.’ As one who is more European than most with an Anglo-Dutch dual nationality (not just citizenship) – I was born as a Brit on a British ship and born as a Nederlander of Dutch parents – I concede for now to your: “Even when the administration of U.S. President Donald Trump indicates no interest in leading the international order, or takes measures that irreversibly damage Palestinian-Israeli peacemaking, such as endorsing a partial annexation of the occupied West Bank, Europe remains paralyzed.” Nonetheless, I have hope.

How long will Europe remain paralyzed? To quote Martin Luther King, Jr., “Not long,” precisely because President Donald J. Trump has fallen off the world stage. Just about all of my European friends are saying: “If it’s to be, it’s up to me (us).” The whispers that grow louder each day and discussed in just about every side walk café is: “Can we (Europeans) rely on the US when America is and should focus on becoming “great again.” Frankly, Europe must grant America its vision to start taking care of itself and its own. Only a minority of Americans now have access to the American Dream. And, once known for its super highways, rail roads, water ways, and airports, today America bears a resemblance to a developing country with severe and, in some cases, life-threatening infrastructural decay. In several years from now, I’ll elaborate this thesis in my third book, ‘Banksters … How America Has Become a Banana Republic.’ Notice, I’m not referring to only US Banksters.

Steven Hill, author of ‘Europe’s Promise … Why the European Way is the Best Hope in an Insecure Age,’ says:

“… from Europe we see the style of leadership necessary to bring the world together over its many challenges rather than watching nations divide into warring camps over finite resources while the planet’s atmosphere overheats. Truly we are all in the same boat now, and the European Way comes closest to manifesting that awareness”.

In my article, ‘A European Agenda to the World’s Stage,’ I began with: “We Europeans now know more than ever before about walking the tightrope, forging consensus among dozens of nations, balancing the need to regulate and supervise cross-border interactions while recognizing the interests and culture of each individual country. These are precisely the skills that the vast majority of the Israelis and the Palestinians crave, to bring them together around their common interests and challenges.”

For centuries, Europe has always been a union of royal decrees promulgated by the aristocracy, knitted together by marriage. Today, the European nations have evolved from the centuries of absolute monarchies to advanced representative democracies. European democracies foster inclusiveness, participation, political debate, multiparty representation and majoritarian policy based on a consensus of viewpoints and broad public support.

Is Europe a single federation or a union of individual nations? Both! When it comes to sports, we root for the home team. How many gold medals did Europe win? We don’t care. In the Netherlands, we only care about our own Olympiads. Parenthetically, we Europeans did win more Olympic gold medals than the United States or China or Russia.

But geopolitically, Europe often votes as one bloc. The European Union enjoys many of the advantages of a single nation, such as a vast common market of five hundred million people, governed by a supranational European Parliament, representing the second largest democratic electorate in the world, after India. When it’s time to cast votes in multilateral organizations such as the United Nations, the World Trade Organization, and other global institutions, Europe suddenly splits into separate countries with over two dozen or so votes to cast on behalf of the European position, compared with one vote for the United States, one vote for China, or one vote for Russia. The European Union is, by default, the most powerful and most influential member of the G-20 of developed and developing nations, which represents 85 percent of the world’s gross domestic product, most of the world’s population, and many of the world’s largest emerging market economies. In this new, more inclusive forum, neither the United States nor any other nation has veto power. This means that the G-20 is likely to be a more competitive platform for international relations and diplomacy.

A distinct European Way has emerged resonating and reaffirming Liberté, égalité, fraternité (liberty, equality, fraternity). Europe is reshaping the world. It now wears the mantle of a global leader that is illuminating the path forward, bolstered with:

The European Union, with its 28 member nations and more than half-billion people, has become the largest, wealthiest trading bloc in the world, producing nearly a third of the world’s economy – almost as large as the United States and China combined.

With significantly more Fortune 500 companies than the United States, China or Japan, the World Economic Forum’s rankings of national economic competitiveness regularly list European nations in most of the top spots. European companies are corporate America’s biggest targets for foreign investment, far more than businesses in China or elsewhere in Asia. Conversely, European businesses accounts for nearly 75 percent of all foreign investment in the United States, being the top foreign investors, with more than $1.4 trillion in investments per year.

The magic of Europe lies in our unique brand of capitalism. We will continuously learn to share capitalism’s tremendous wealth-creating capacity to not just take care of our own (welfare) but to empower the individual to eventually contribute even more to the greater economy (workfare). Europe has become a true ‘workfare’ state that guarantees health care, education, pensions, housing, transportation, clean energy and infrastructural development to generate jobs, jobs, and more jobs. Europe works together with entrepreneurs, the job creators, by subsidizing a comprehensive system of institutions geared toward keeping individuals and families healthy and productive, educated and trained, and working.

Europe has the second largest military budget in the world after the United States, with France and Britain possessing nuclear weapons. Over two million European soldiers are in uniform (more than the U.S.) and as many boots are on the ground in peacekeeping missions around the globe in Afghanistan, Lebanon, Kosovo, Bosnia, the Congo, and elsewhere. Plus, Europe is home to the National Atlantic Treaty Organization (NATO) the largest military power on earth. But Europe’s real strength is in ‘playing it smart’. The European Union has had lots of practice at forging consensus. Europe’s Smart Power is a skill set that forges large segments of the world together over the many challenges we collectively face in the twenty-first century.

Europe will wake up. There is no choice in the matter. Let us enrapture the leadership of Europe to unleash this Win-Win Formula for the vast majority of the people on both sides of the Israeli-Palestinian Quest to Co-Exist as a final step toward forging an Israeli-Palestinian Thrust to Trust. We want the best for both. Where there is a will, there is a way.